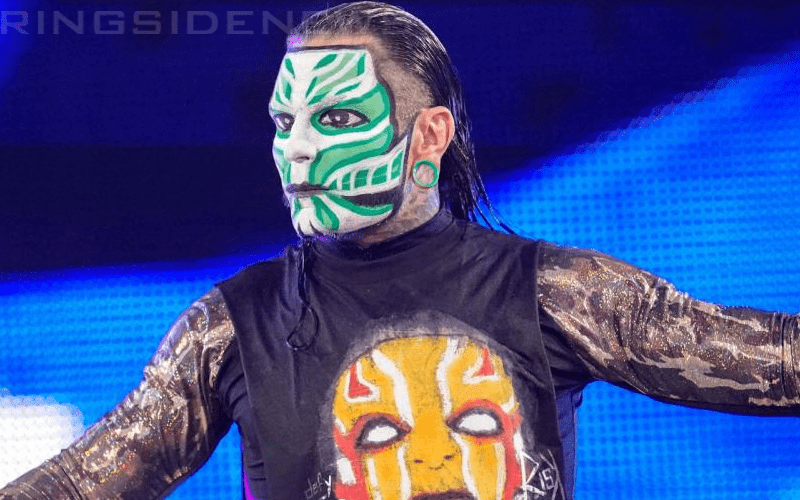 Jeff Hardy just won the SmackDown Tag Team Titles with his brother Matt after WrestleMania by defeating The Usos. The greatest tag team in all of space and time hasn’t even had a chance to defend those titles on a big stage yet, but now it looks like Jeff Hardy is injured.

Dave Meltzer opened up about this on Wrestling Observer Radio. There aren’t many specifics, but Jeff does appear to be banged up and working through an injury.

“Jeff Hardy is injured, I don’t know how severe. It was on the Saturday night show in Madison Wisconsin. He was at the show last night — I haven’t heard about tonight — he was at the show in Rochester Minnesota. He was in the corner of Matt. He was limping significantly so it’s probably some sort of a leg injury.”

This is not a good sign for Jeff Hardy. He has been through a lot in his career and has worked while hurt before. It’s just terrible when it has to happen.

Hopefully, his injury or whatever is bothering him isn’t that big of a deal and he can carry on. After all, The Hardy Boyz had to work a battle royal at WrestleMania when they really should have been wrestling for title belts instead.