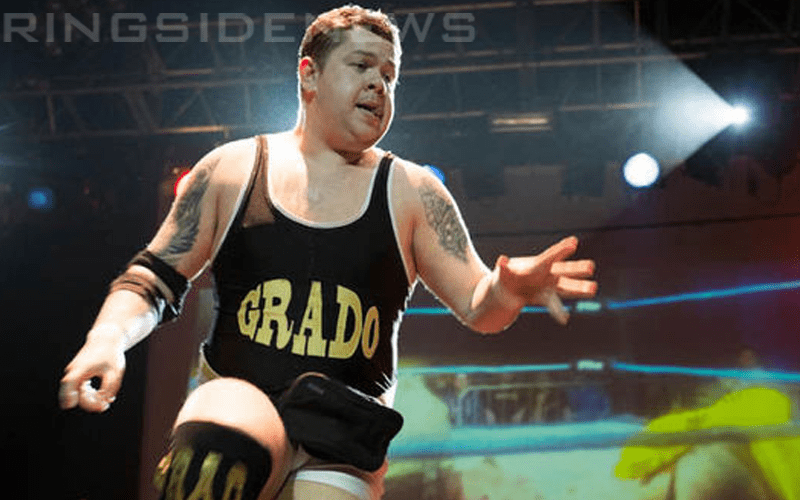 Grado has entertained fans all over the world, but he hasn’t landed in WWE yet. There are some fans who couldn’t picture Grado finding a spot in WWE, but the company is always evolving and they could have a spot for him eventually.

Grado is no longer with Impact Wrestling as his name was moved to the company’s alumni section of their website last month along with KM.

Mike Johnson was asked about the possibility of Grado eventually finding his way to WWE during PW Insider Elite audio. Although there has been no word on WWE’s interest, there are some connections there which could be very beneficial in seeing Grado eventually get an opportunity with Vince McMahon’s company.

“I would love to see Grado in WWE. I think he’s got a really funny charisma. I think the world of him as a character in pro wrestling and obviously he’s done some acting outside of the pro wrestling world so he’s shown he’s done a pretty good job in the acting realm.”

“He’s a cult character, obviously a huge star in Scotland, but a huge cult character outside of the auspices of Scotland. I would love to see it. I don’t know if WWE would traditionally look at him for the main roster, but you would think for NXT UK which is a much more serious product he would bring some levity and he would really bring a funny undercard character to that division.”

You really never know who WWE could bring into the NXT UK roster at this point, but Grado could find a very useful spot on that roster. Borash was influential in a lot of stars’ development in Impact Wrestling and now he works for NXT where he can possibly help give some people the same push.

We will have to wait and see, but never say never in pro wrestling especially where Grado is concerned.