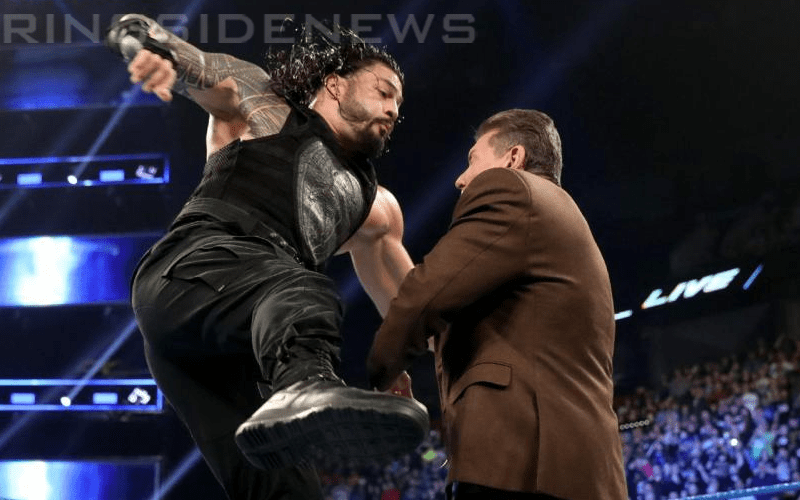 Roman Reigns is now on SmackDown Live and the blue brand is his yard now. He ended his debut on Tuesday night with a bang as he assaulted Vince McMahon. After hitting Mr. McMahon with a Superman Punch, Elias was there to catch The Chairman so he didn’t take a full bump, but The Big Dog certainly made an impression.

It looks like Roman Reigns might be in some hot water with the powers that be in WWE. It is said that there will be “serious repercussions” for attacking Vince McMahon during the Superstar Shake-Up.

Roman Reigns might be facing a time after his in-ring return where the fans might turn on him once again. This important crossroads might be something Vince McMahon wants to get involved with to help make sure that The Big Dog gets cheered.

We will have to wait and see what happens from this point on, but Roman Reigns plans to make SmackDown Live his yard. Don’t ask Lars Sullivan what he wants to do on Reigns’ new yard.