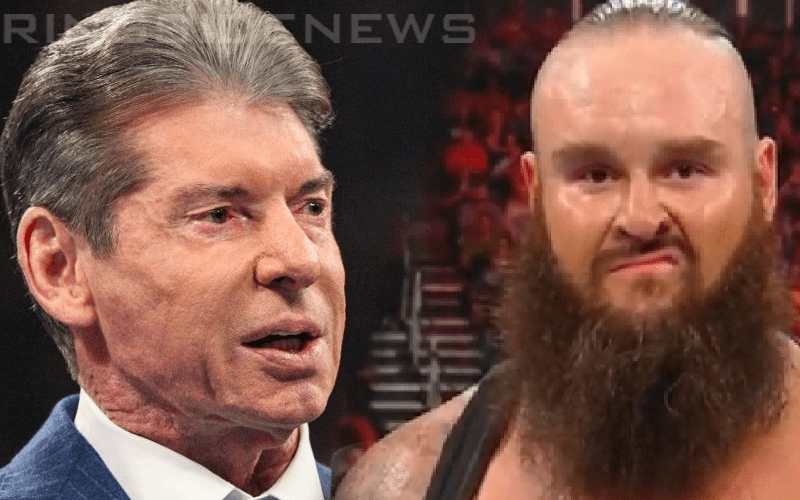 Braun Strowman has been on the verge of receiving some big pushes in WWE, but it just hasn’t panned out for him. He is still being booked as a monster, but he seems to be nowhere near the main event picture. This is, of course, Vince McMahon’s vision for him.

Mike Johnson opened up on PW Insider Elite audio how Vince McMahon sees Braun Strowman. There have been times when Strowman got a bit of backstage heat on himself that stifled his push to the top. So now McMahon might just see him as a utility monster he can use as a “walking mascot.”

“There have been times when Vince was ready to pull the trigger and then something happens behind the scenes just by the way Braun Strowman carries himself or maybe he’s a little late or just at times that he’s his own worst enemy with how he presents himself and Vince takes a step backward.”

This might not be the same as getting a main event push, but at least Braun Strowman has been able to maintain his position on the card.

Therefore, if you were wondering why Braun Strowman seemed to get so close to the main event scene only to end up in matches like the Andre The Giant Memorial Battle Royal at WrestleMania, then that is is your reason.