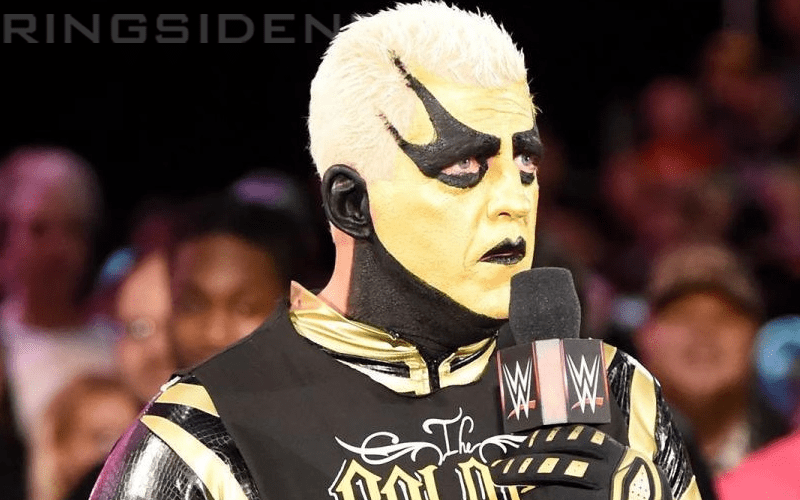 The Goldust name is property of WWE, but Dustin Rhodes can appear where ever he wants to. You never know if his brother’s company might have a spot for him, but he was rumored to have been let out of his WWE contract last month with a 90-day no compete clause.

Dustin refuted that report, but he still hasn’t returned to the ring for WWE. He is currently recovering from a knee surgery, but that doesn’t mean he’s staying at the house.

Goldust has been seen recently palling around with police and even chokeslammed a deputy through a table for charity. Now he is making people talk even more after unveiling a new logo.

You can check out his new logo below. It is very important to note that this is for Dustin Rhodes and not Goldust. So this likely won’t be appearing on any WWE merchandise. It is a rather snazzy logo too with deer antlers featured in the design. We’ll just have to wait and see what Goldy is going to do with his new logo in the months to come.