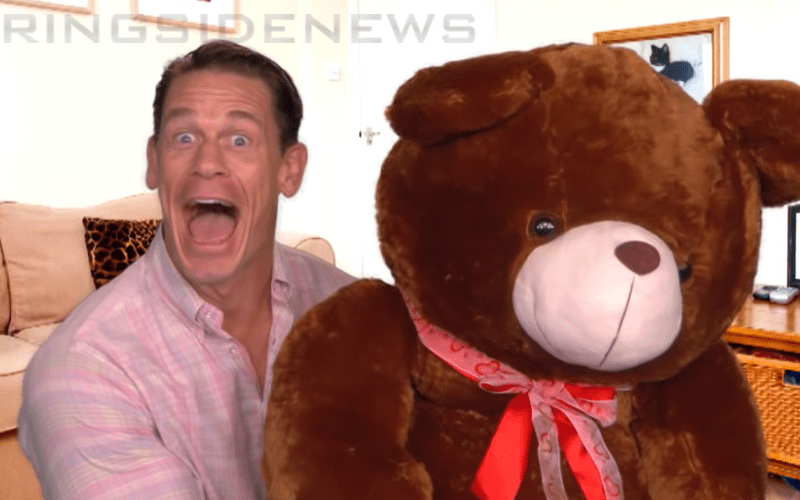 John Cena is popping up every where and that includes The Ellen Show. This guest hosting gig doesn’t go to just anyone, but the 16x World Champion certainly fit the bill.

Cena opened the show by explaining where Ellen really was when they showed a clip of the famous comedian’s face superimposed over Alexa Bliss as she took a drop from Ronda Rousey. John Cena continued to explain that they will see a softer side of him during this appearance before showing a great intro of himself doing all sorts of things from hugging a teddy bear to ripping said teddy bear’s head right off.

Later on, Cena interviewed Leslie Mann where she made a pretty great quip about his “butt meat.” The two worked together on Blockers so they obviously got close.

If this was John Cena’s big opportunity to show what he can do with his own talk show then he did an amazing job. Then again, not everyone gets a chance to cut their talk show teeth by taking over a show as huge as The Ellen Show.