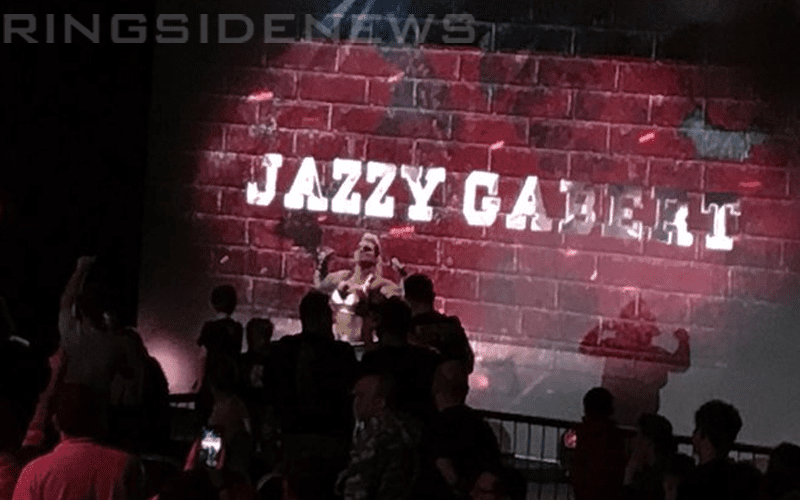 Jazzy Gabert was set to receive a WWE contract after her performance in the Mae Young Classic years ago, but an issue they discovered during her medical check-up took that opportunity away. Now she is all healed up and ready to get to work.

If you want our full NXT UK television taping results you can click here.

Apparently, there was an interesting way that Jazzy Gabert made her first impression on the NXT UK roster.

Xia Brookside and Killer Kelly were having a match until it was ended by Jinny and the debuting Jazzy. The two invaders in the match were also said to look as if they are aligned as well.

This could be very interesting if Jinny and Jazzy were to team up with each other. Because you could be looking at a team of women who could give any holder of the WWE Women’s Tag Team Titles a run for their money.

Only time will tell how WWE will work this out in the storyline, but Jazzy is finally finding her place in NXT UK after taking so long getting to WWE.