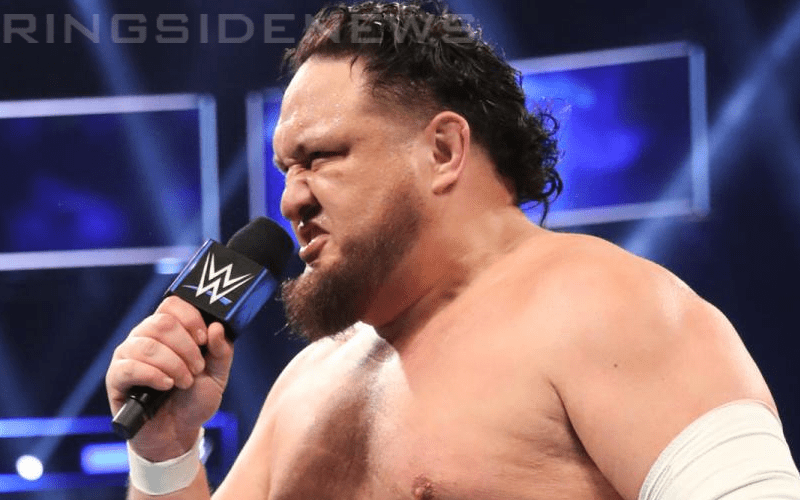 Samoa Joe is the US Champion and currently on SmackDown Live as is Finn Balor and the IC Title. However, the company doesn’t plan on keeping both mid-card titles on the blue brand for long.

There were plans to debut Samoa Joe on RAW this week as part of the Superstar Shake-Up, but he was ill so they nixed a planned angle with Braun Strowman.

Just because Samoa Joe wasn’t on the show doesn’t mean that they couldn’t have announced him anyway. After all, Cedric Alexander and Eric Young were both announced as red team additions, but they weren’t on the show.

Dave Meltzer noted on Wrestling Observer Radio that WWE wants to do an actual angle to introduce Samoa Joe. Therefore, they didn’t make any mention of him on RAW this week.

“They want to do an angle to introduce him […] I guess in his case — maybe they’ll be another person, I don’t know, but in his case the angle that he was supposed to do this week he’s going to do next week — if he’s healthy.”

Samoa Joe was said to be in bad shape backstage at RAW this week with reports coming in that he could barely function. Hopefully, he will be able to get over this nasty case of what is believed to be the flu so he will be okay by Monday.