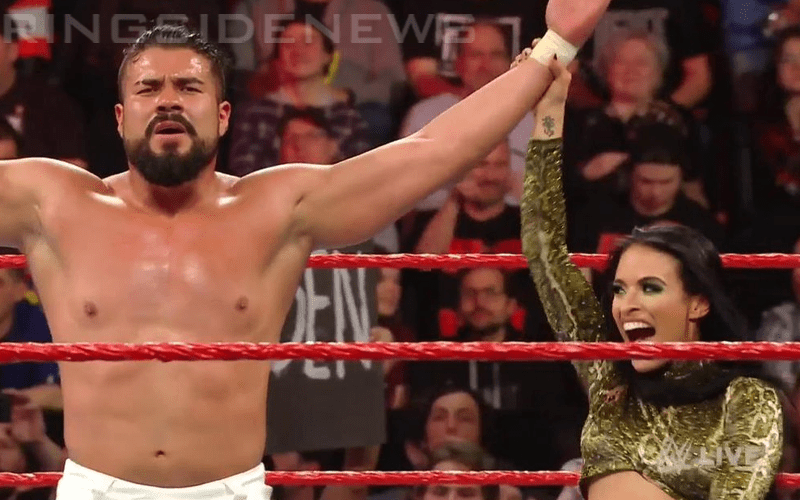 Andrade was called up to the Raw brand during the Superstar Shake-Up and he had Zelina Vega with him as well. She cut a nice promo for Andrade before he took the microphone and proceeded to cut a promo in Spanish drawing heat from the Montreal crowd. It was a very good way to start their tenure on the Raw brand as a duo.

Dave Meltzer said on Wrestling Observer Radio that WWE is going to focus Zelina Vega’s talents more on leading Andrade on Raw than her role as an in-ring performer. This will hopefully, benefit their characters all around.

“They put Zelina Vega back with [Andrade] — I mean she’s always been with him but they spent so much time with her as a wrestler which kinda made her ineffective and they’re trying to go back to the original thing.”

Zelina Vega might be slowing down her role as an in-ring performer to take on more time as Andrade’s business partner. It was a very good start for Andrade on Raw as he defeated Finn Balor in a non-title match, so we will have to see how things continue on for Vega and Andrade on Raw.