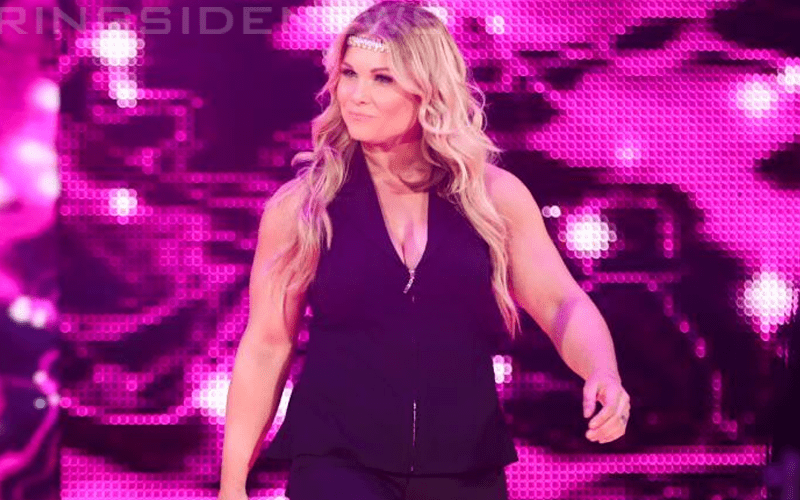 Beth Phoenix made a return to WWE on the road to WrestleMania and although she wasn’t able to pull down the WWE Women’s Tag Team Titles with Natalya she might not be done with the company.

WWE is hoping that The Glamazon will be able to come back and appear more often after that WrestleMania performance. She only worked in two tag team matches, but you never know what they could come up for her if given the opportunity.

Fightful Select reports that WWE “is hopeful that beyond the European tour that Beth Phoenix will work more dates.” It wasn’t specified what kind of schedule is expected or what WWE hoped for her to have, but it could be a good sign that we haven’t seen the last of the WWE Hall Of Famer in the ring.

Phoenix impressed a lot of people with her performance at WrestleMania and many fans expressed the idea that she might have gotten better after her most recent return. She certainly seemed to enjoy herself so when WWE is done with their European tour in May we might see Beth Phoenix again if they can work something out.