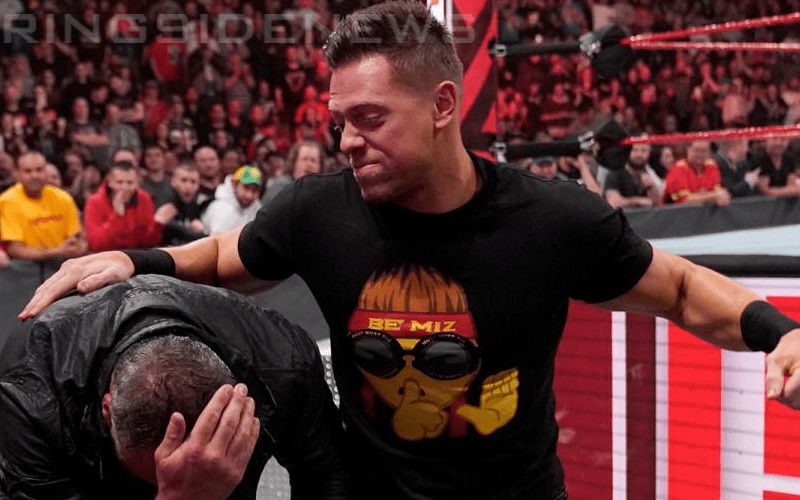 The Miz was called over to RAW during the Superstar Shake-Up. He kicked off the show by brawling with Shane McMahon in what could have capped off their feud for a while.

The A-Lister said after RAW that he has been switched every time WWE has held a draft or Superstar Shake-Up. This means that he doesn’t really have all that much brand loyalty, but now he will be making Raw awesome. However, some fans are wondering why he was shaken up again since he was such a great fit on SmackDown Live.

Bryan Alvarez said on Figure Four Daily that it was suggested to him that WWE needed another day to promote Miz & Mrs. because ratings for season two did not meet expectations in any way.

“I believe, I don’t know this for sure, but one person in the company did suggest this to me. The reason The Miz is now on RAW is because that gives them an extra day to plug Miz & Mrs. which apparently the debut number was not good. It was lower than I believe the lowest number from season one and that was the debut of season two and so I guess if Miz is on RAW then they got an extra day to promote Miz & Mrs. and I guess they figure that maybe that’ll help bring up the rating, so there you go.”

We will have to wait and see if promoting The Miz for an extra night might help the ratings for Miz & Mrs. Last week’s show was pretty entertaining, but the It Family really needs people to keep watching if they want their show to remain on the air.