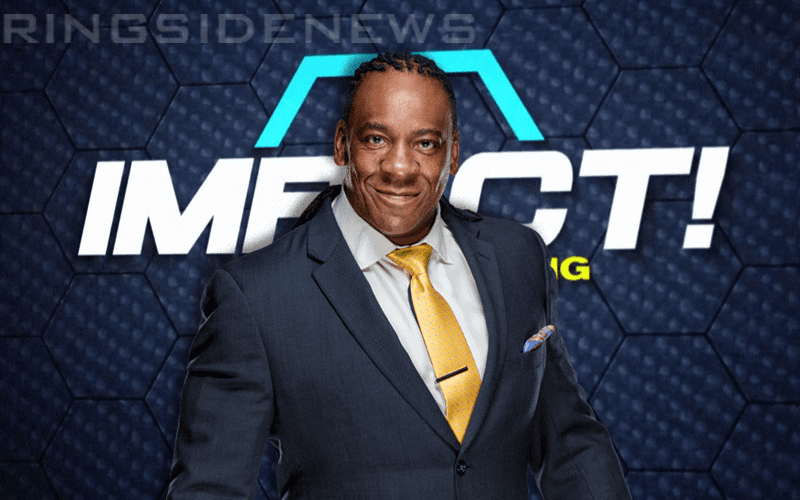 Booker T is a two time WWE Hall Of Famer and he spent a long time under the WWE umbrella. However, when he is not appearing for WWE or working on his radio show, he runs a pro wrestling company out of Texas called Reality Of Wrestling.

It was announced today that ROW is partnering up with Impact Wrestling to hold a joint event called “Deep Impact.” This move might confuse some WWE fans, but Booker T explained the partnership quite well.

“Reality of Wrestling has always been about spotlighting young and fresh talent, so to be able to put our talented men and women on the same stage as those from IMPACT Wrestling, it’s going to be a night to remember.”

Deep Impact will air on July 6th via Impact Wrestling’s Twitch Channel. You never know if this could be a sign of things to come with more joint endeavors.

It is also incredibly interesting how Booker T just became a two-time WWE HOFer after Harlem Heat’s induction just over a week ago.