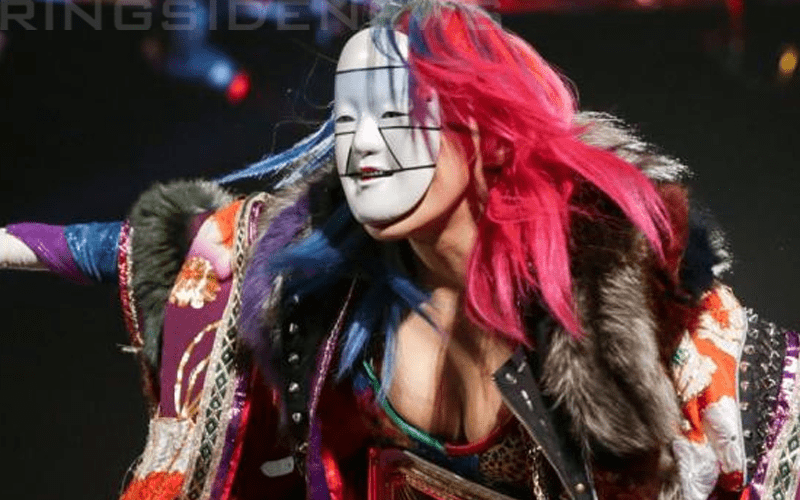 Asuka’s run in WWE consisted of an undefeated streak until she met Charlotte Flair at WrestleMania 34. There was some preparation for her debut as well which consisted of telling Darren Young that he couldn’t do the crossface in the ring.

While speaking to Chris Van Vliet, Young revealed a moment that made him cry like a baby backstage after realizing that he wasn’t allowed to do a crossface submission hold because it was being saved for the Empress Of Tomorrow.

“It’s unfortunate that someone didn’t have my back because when I was having my last feud with The Miz, I was told I couldn’t use the crossface chicken wing because it was a dangerous hold. Legit. I said I know what I’m doing, I’m not going to kill anyone. Fast forward and I found out the move was being saved for Asuka. The Miz pointed that out to me in the locker room weeks later and I was like ‘I f*cking knew it!’ It broke my heart. I’ve got pictures of him on my wall in my childhood room. It broke my heart. I cried like a baby backstage and he came over and was like ‘Darren, why are you crying?’”

Asuka did use the crossface for a bit, but her moveset is very versatile as well so it would have been possible for her to share. It is also interesting how WWE wouldn’t let Darren Young use this move considering the fact that others use a variation of it as well.

Either way, it didn’t seem to help his case when he was told that it was too dangerous.