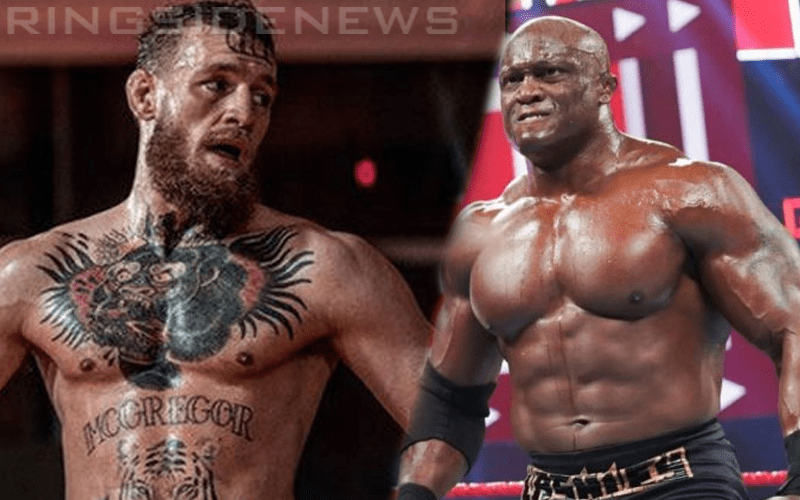 Conor McGregor seems to be flirting with the idea of coming to WWE. He really likes money and WWE has a lot of it. This could be a good fit especially considering how WWE is willing to forget all of his previous offenses.

Bobby Lashley had a chance to throw a little dig at McGregor while speaking to Sky Sports. He said that Notorious can come in, but WWE isn’t going to put a title on him because he’s too small.

“I think he wants to [join the WWE], he’s been talking a lot. Conor is one of those guys that will shoot first and then shake hands later. He did it last year when he tried to call out the wrestlers. I think he’ll have a good opportunity to come over here and shake things up, run his mouth a little bit and bring some notoriety. I’d like to see him in. It would be cool.”

We will have to wait and see what happens next. Bobby Lashley might have a point if he was talking about anybody but Conor McGregor. The idea of seeing a WWE Title around Notorious’ waist might just be a headline that Vince McMahon would want all over the mainstream media.

This could be a very interesting situation especially if they can get some kind of a commitment from Conor McGregor. With Ronda Rousey’s exit from the company and her future being up in the air WWE might need another high profile name and Notorious certainly fits that bill.