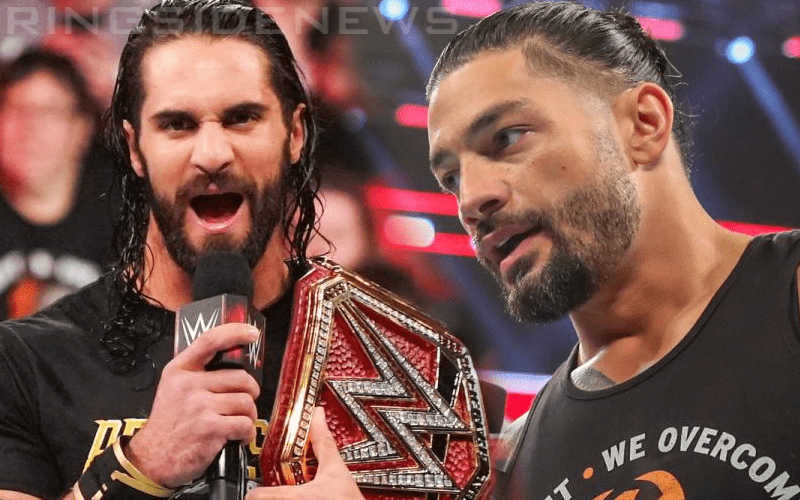 Roman Reigns made his triumphant return after his leukemia was found to be in remission. His first singles match back at WrestleMania 35 was a success in the respect that he won the match, but the crowd could have received it much better.

Now it seems that WWE is hinting at something very big for Reigns. We previously reported that Roman Reigns vs Baron Corbin seems to be the company’s direction, but The Big Dog might have a detour into a Universal Title match in the meantime.

The company released a teaser for RAW this week which included some verbiage that makes it seem like Roman Reigns could be targeting his friend Seth Rollins next.

“Will Reigns look to challenge his Shield brother Seth Rollins for the Universal Championship — the very title he was forced to relinquish in October — or does he have another conquest in mind?”

We will have to wait and see, but this is certainly an interesting development. It will be even more intriguing as time goes on because you have to know that Reigns will eventually get a shot at the title he had to relinquish last year upon his medical hiatus.