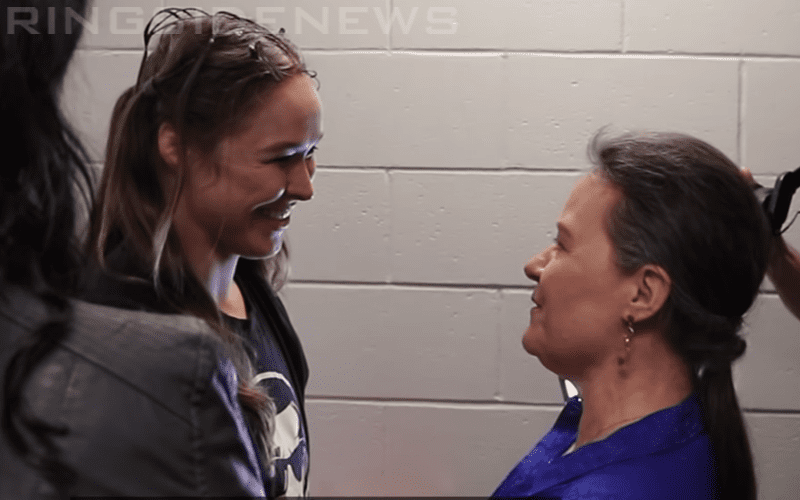 Ronda Rousey had a very memorable WrestleMania 35 experience. Not only did she finally get to meet Joan Jett, but Rousey got to start what she called the first day of the rest of her life.

We previously reported that Rousey shared all about what happened backstage after WrestleMania concerning her severe hand break. She also had a very special surprise before the event when “Rowdy” Roddy Piper’s family joined her backstage.

The late Roddy Piper’s family met Rousey in her locker room where there were hugs all around and Piper’s late wife Kitty said to Ronda:

“Roddy would dig that you have such continued success and he couldn’t be prouder, I’m sure, of your representation of The Rowdiness. No one could do it better.”

“I mean you’re just… he saw that you had… you’re the cream of the crop, and you prove it and thank you. You’re doing great for us, and his name.”

This was a very special moment captured on camera. Roddy Piper was a huge inspiration to Rousey and they shared a big connection as well. Those inspiring words undoubtedly meant a lot to The Baddest Woman On The Planet before representing the legendary Hot Rod in MetLife Stadium