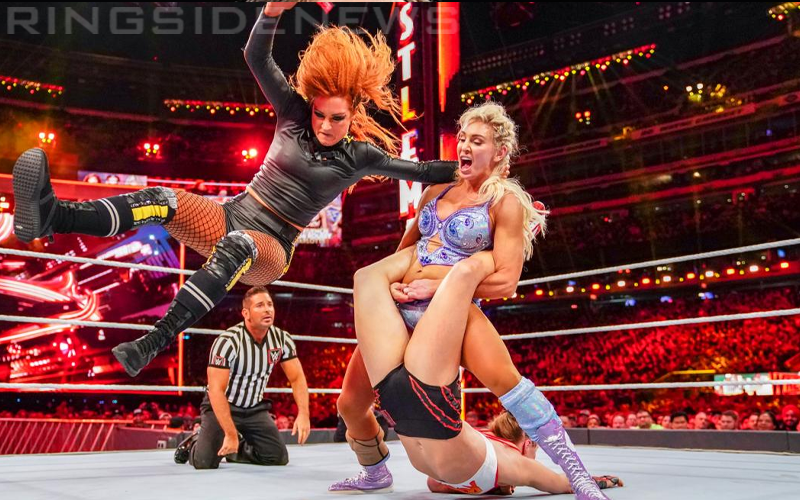 WrestleMania 35 concluded with Becky Lynch raising two titles over her head as Becky Two Belts. She was soon celebrating with her boyfriend Seth Rollins, but there was actually another ending to WrestleMania that was highly expected and reportedly planned.

The Wrestling Observer Newsletter noted that the planned idea of Charlotte Flair being upset over Becky Lynch’s win did not transpire on the show of shows. This drama was nixed because they had already taken up 7 hours and 15 minutes for the WrestleMania event and it was time to wrap things up instead of put on another angle.

The idea that the show would end with Lynch and Charlotte Flair having an issue since Flair lost her title to Lynch without being pinned didn’t transpire. Lynch won, and they ended the show and got out of there because it was so late.

We will have to wait and see if Charlotte Flair will confront The Man eventually about that WrestleMania main event. Instead of getting salty, Flair took off with Andrade where is appears they may have gotten engaged to be married.

Flair was not pinned to lose her title, but Lynch is still the champ champ. Therefore, Charlotte always has a possibility of coming back for more when Lacey Evans’ program with Becky Lynch is up.