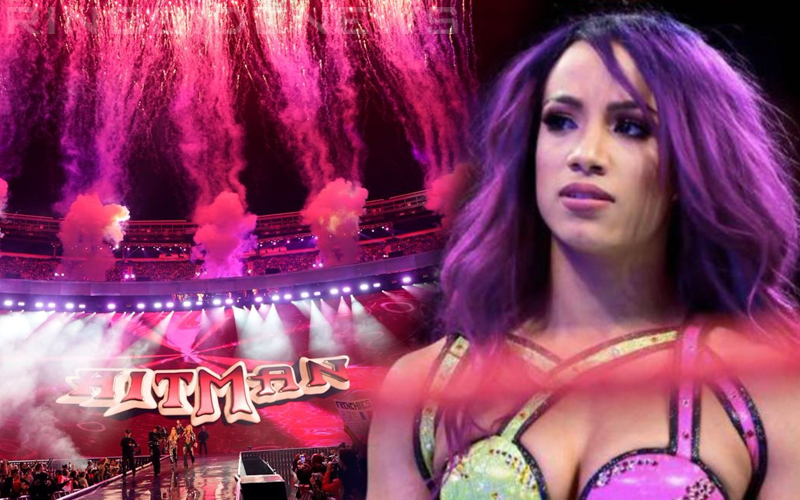 Sasha Banks is not happy in WWE and she reportedly asked to be let go during WrestleMania weekend. She might be leaving a lot behind upon her plausible exit, but at least she was able to work one more WrestleMania.

Beth Phoenix made her Mania return at the show of shows and it was a big deal for her. Not only was she in the first WrestleMania match for the WWE Women’s Tag Team Titles, but she also got a huge pyrotechnic display.

I never had pyro in my 20 years in the wrestling business. Might as well have been shooting my brain into space as I was surrounded by pink and black and hearing the #HartFoundation music playing! @NatbyNature #DOD

Sasha Banks saw this tweet and replied: “Beautiful.” It could have been an honest reaction to seeing this moment captured in photographic form, but you can always read into one-word replies many different ways. Judging by Banks’ recent social media activity reading into things might be appropriate.

Hopefully, Sasha Banks will get over whatever is bothering her. In the meantime it seems like a waiting game.