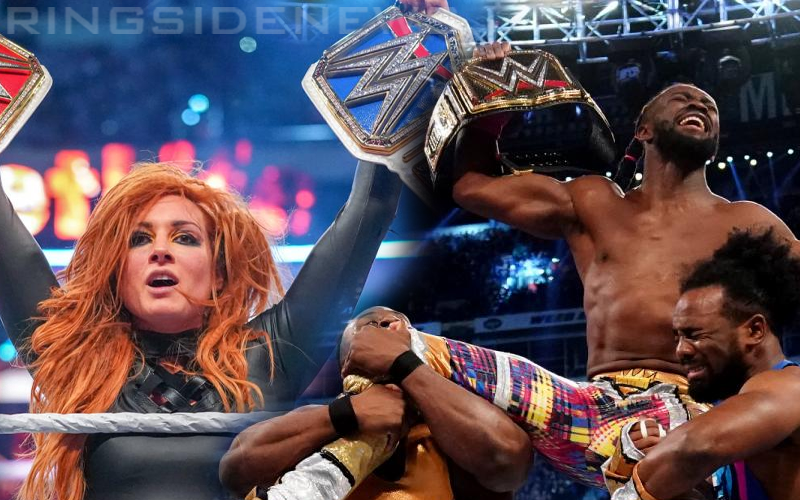 Kofi Kingston won the WWE Title at WrestleMania in what was the hottest match on the card. The MetLife Stadium crowd was certainly into that match more than anything else on the card. Becky Lynch realized this and actually had concern that the women would lose the Mania main event slot to KofiMania.

While speaking to The National, The Man expressed that she had worry about her main event match “slipping away.” Everyone in WWE was trying their best to build a stellar match for themselves and the audience was obviously gravitating to Kofi Kingston and Daniel Bryan’s story.

“I was worried about it slipping away. Just because the build to the match had been so long that I was worried with Kofi heating up as much as he did, and them referring to several of the matches as the main event. Then I was like, ‘Oh, but are we the main event? But maybe they … I mean, they really should, but maybe they won’t.’ Because you never know in this place, which is a great thing but also a bad thing and a terrifying thing, especially when you’re trying to achieve all of your dreams.”

Of course, the women didn’t lose the main event match and Becky Lynch ended up leaving New Jersey as a double champion. This beat her boyfriend Seth Rollins‘ WrestleMania acquisitions by one.