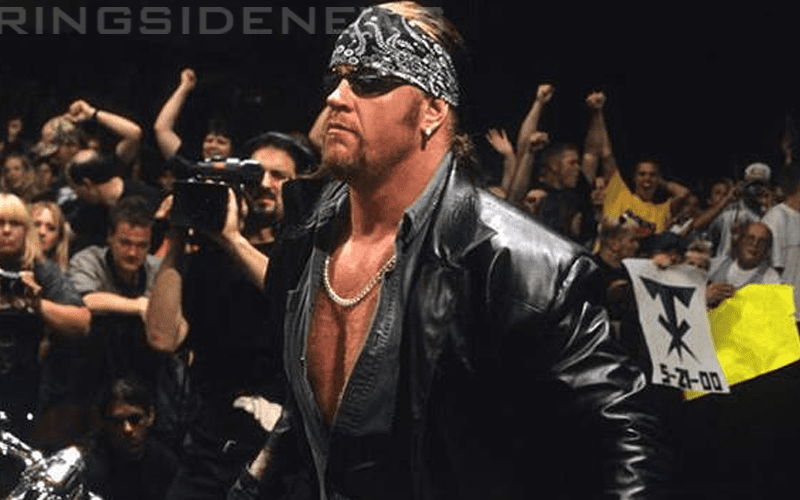 The Undertaker is a shoo-in WWE Hall Of Famer, but his career isn’t done yet. He is slated to wrestle in Saudi Arabia next, but he was around during WrestleMania.

Brad Shepard said on Oh, You Didn’t Know that WWE actually had very interesting plans for The Undertaker at WrestleMania, but they were nixed on the day of the show.

“The American Badass version of The Undertaker was originally going to save Kurt Angle after Kurt had lost to Baron Corbin and then Baron Corbin attack Kurt after the match. That plan was scrapped on Sunday, the day of WrestleMania.”

It would have been very interesting to see Taker come back as the American Badass. The crowd would have certainly popped like crazy. It just wasn’t meant to be and obviously, Undertaker isn’t dropping the Dead Man gimmick any time soon if his appearance on the RAW After WrestleMania is any indication of things.

Instead, we ended up getting a throwback John Cena at WrestleMania and then The Dead Man appeared the very next night to teach Elias a lesson toset up a match in Saudi Arabia.