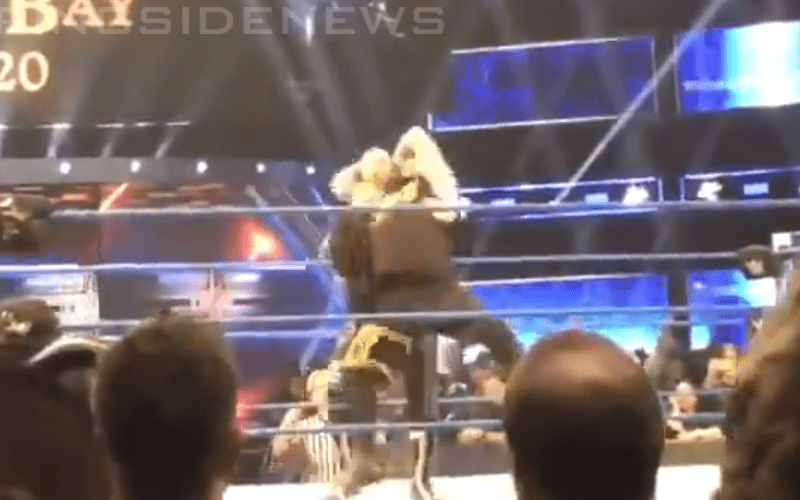 Kevin Owens returned before WrestleMania, but you wouldn’t know it by watching the show of shows because he was not featured at all. Sami Zayn returned the next night on the RAW After WrestleMania and lost an IC Title match. Then he showed up on SmackDown Live before saying that it’s not worth it before leaving.

It turns out that after SmackDown Live was off the air fans in attendance got a special treat. Because Kevin Owens and Sami Zayn had another chance to fight forever.

Owens is now a babyface so he won the match to send the crowd home happy. It’s kind of crazy that these two are still fighting each other after starting in the same Canadian territory so many years ago, but that’s the path for Owens and Zayn.

You can check out some of the match below taken by those in attendance.