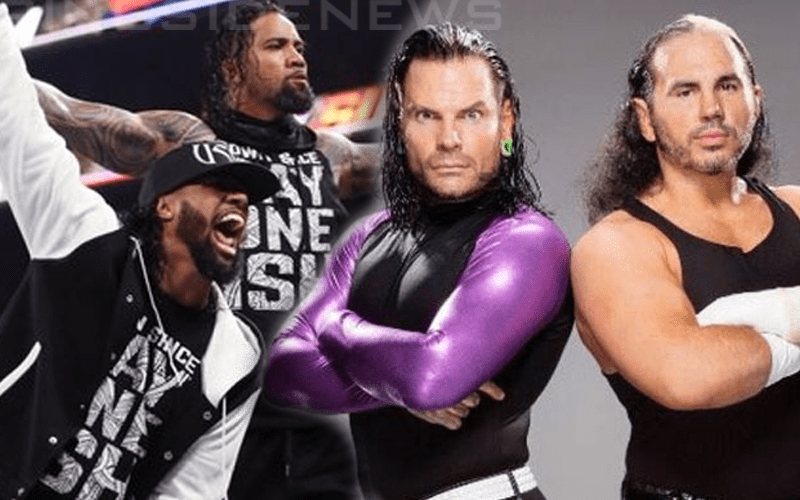 The Usos have taken the time to reflect on SmackDown Live last night, where they lost their Tag Titles against The Hardy Boyz.

A lot of fans, in the build up to WrestleMania 35, were of the belief that The Usos vs The Hardy Boyz should be the SmackDown Tag Team Championship match on the grandest stage of them all. Instead we had a fatal four way encounter, and whilst it was good, the story behind the past vs present dynamic of these two teams probably would’ve been even more intriguing.

Alas, we managed to get the match two nights later on SmackDown Live, and it certainly didn’t disappoint as the veterans were able to win the belts once again.

As you can see the brothers were pretty humble when it comes to their reaction to losing the belts, and that’s an admirable trait to have. Obviously that’s what you’d expect of them as babyfaces, but generally speaking, they seem to have been really grateful to just share the ring with The Hardys.

It’d seem to make sense for The Usos to make the jump over to Monday Night RAW in the Superstar Shakeup now, because when you analyse both rosters, there’s not much left for Jimmy & Jey to do on the blue brand.

There are a bunch of really fun possibilities for them on the flagship show, and when you consider everything they’ve been able to accomplish in the last few years, it feels like they deserve this move.