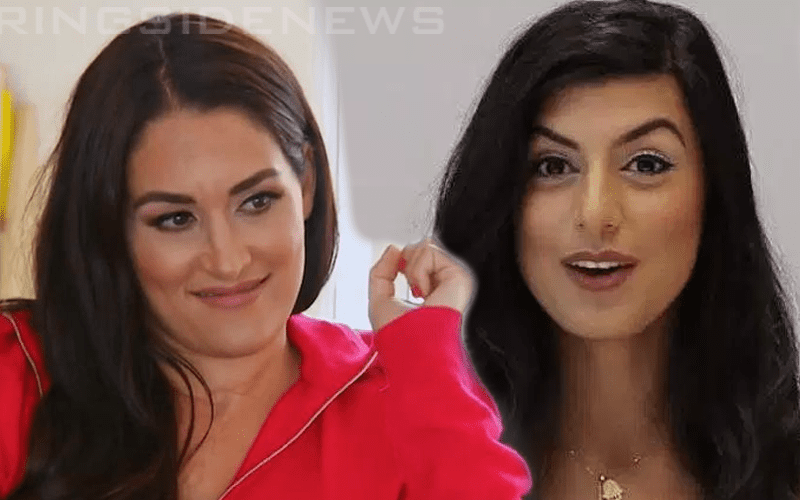 John Cena is over Nikki Bella and has moved on. This did not happen before Bella found herself a new man, but everyone has their priorities.

Nikki Bella discussed John Cena’s new girlfriend Shay Shariatzadeh on the Bellas podcast. She said that it is a subject that is kind of hard to talk about before spilling her thoughts on the matter.

Nikki admitted that it turned her stomach in knots when seeing the photos of John and his new girl, but if his new girl breaks his heart then there is a Rack Attack in her future.

“I’m just going to come out and say it. You all have seen John’s paparazzi pics. For some of you who don’t know who John is, he’s my ex-fiancé. We’ve been broken up for like, a year now. But he was spotted with a new mystery woman and everyone has been blowing up my phone, trying to get to my PR to get my reaction. Everyone wants to know what I’ve been thinking and I haven’t said anything yet, so let me just put it out there.”

“I felt bad for John. I felt bad because I felt like I embarrassed him, I felt like I disappointed him, and I have to live with a lot of that stuff and it’s been tough. If you guys only knew how much therapy I’ve been in.”

“But let me tell you, she breaks his heart? I will rack-attack her in a heartbeat. Still protective of that man,

You don’t want to upset Nikki Bella because she knows some pretty important people. If a Rack Attack isn’t enough of a reason for Cena’s new girlfriend to treat him right then she can always call Brie Bella to deliver a few Yes Kicks and we all know the kind of damage that can cause.