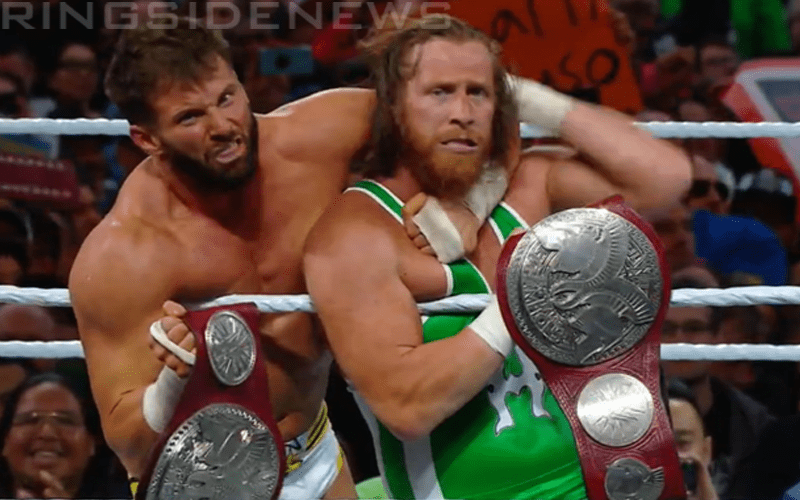 As seen on Sky Bet, the betting odds have favoured Curt Hawkins and Zack Ryder to lose the Raw Tag Team Titles sooner rather than later.

Heading into WrestleMania 35, it seemed like the majority of fans were behind the idea of Hawkins and Ryder winning the belts – ending the losing streak of Curt in the process. Now that it’s actually happened, though, a lot of those same fans are questioning what the future has in store for The Revival.

As it turns out, there is a betting market out there that asks the question of which WWE title is most likely to change hands next – with the Raw Tag belts being situated at the top of that list.

At 3/1 they are the clear favourites to lose their titles next, with The Revival being tipped to win them back – potentially at the next pay per view. The next two belts that are said to be in danger are the Women’s Tag Titles, held by The IIconics, and the WWE Championship which was won by Kofi Kingston at the showcase of the immortals.

Both Ryder and Hawkins have been painfully undervalued over the course of their recent history in professional wrestling, but it seems as if they’ve finally got something with this title run. If they can start to notch up a few ‘underdog’ wins, then they could build up a really nice spell as champions.

Even if they lose the titles, though, they still serve as a good team to have around on Monday Night RAW.