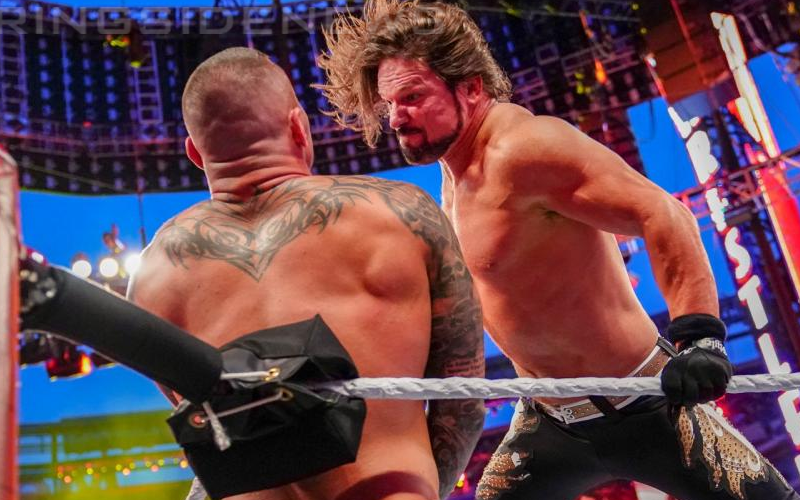 WrestleMania was a huge event, but fans were very upset during the Randy Orton vs AJ Styles match. Their anger had nothing to do with what was going in the ring either because WWE kept a huge yellow light on that was blinding everyone in the face.

Since fans couldn’t see, they were distracted and chanted “we can’t see” and “turn the light off” instead of enjoying the match that they couldn’t see. Randy Orton has already reacted to his huge botch and AJ Styles also replied to apologize.

I was so disappointed that u guys didn’t get to see a fantastic match at MetLife Stadium.


AJ Styles was reportedly injured during that match as well which makes it even more frustrating that there was a light preventing the crowd from seeing what was happening. Hopefully, WWE will make sure that all of their lights are pointed away from fans’ faces the next time they hold a huge event.