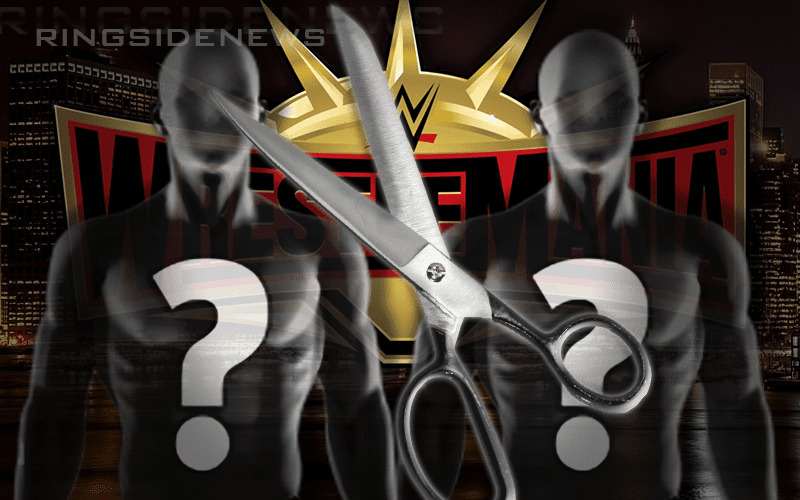 WrestleMania was an extremely long event and the lengthiest in the company’s history. Triple H and Batista was the longest match at around 25 minutes, but WWE needed to trim one match in a big way.

Dave Meltzer stated on Wrestling Observer Radio that he was told Rey Mysterio vs Samoa Joe was trimmed, but he didn’t confirm why. It was previously thought that Mysterio’s injury was the cause of this, but it might have been more of a timing issue.

“I asked about that and was told it was short because the event was already 7 1/2 hours and I asked specifically. They gave them one minute because even at one minute that show was still 7 1/2 hours.”

WWE had a very loaded show for WrestleMania and it seemed to many people that the Mysterio vs Samoa Joe match was trimmed due to Rey’s injury. His son Dominick was also supposedly supposed to be a part of that program too, but it seems that hit the cutting room floor.