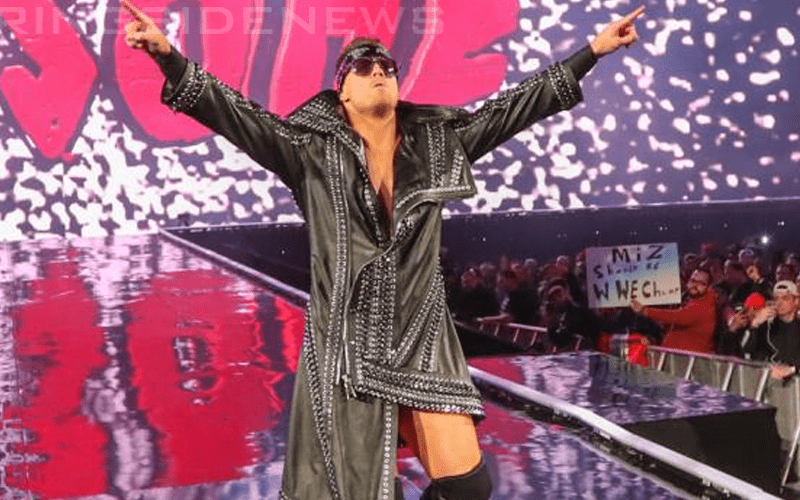 The Miz did not think that the WWE Universe would ever cheer for him, but it happened. His reality television show Miz & Mrs actually did a lot of good to help turn him babyface, but he remained a heel on WWE television for a bit after that until finally becoming a good guy on the road to WrestleMania.

While speaking to Not Sam Wrestling, The A-Lister revealed that he lost 12 pounds in the last month to become a babyface. It wasn’t anything mandated, but he did so in order to keep up with the faster-pace ring psychology needed in order to maintain a babyface persona.

“I travel with [prepped] food for a reason. I frowned upon it too. I always made fun of Sheamus for always bringing his food on the road and then all of a sudden it’s like, I’m a good guy now and it’s a completely different breath of air. A lot different cardio, so I was like man […] the way you’re moving, yeah like I’m so used to a different pace as a bad guy, but as a good guy you’re at a different pace.”

“When you’re being beat up by a good guy, that good guy needs to celebrate afterward, you know? Getting everyone all fired up, but he just got done beating a guy up so the first time I did that I went, ‘Oh my god!'”

“So I literally lost like 12 pounds in the past months.”

The Miz said that he is also working with Seth Rollins’ “dead boys workout” and that is helping a lot too. However, prepping his meals is also key.

You might not see The Miz doing CrossFit on Miz & Mrs, but you will probably notice that he is a little trimmer during those post-match celebrations which was his plan.

If you use out quotes credit Ringside News