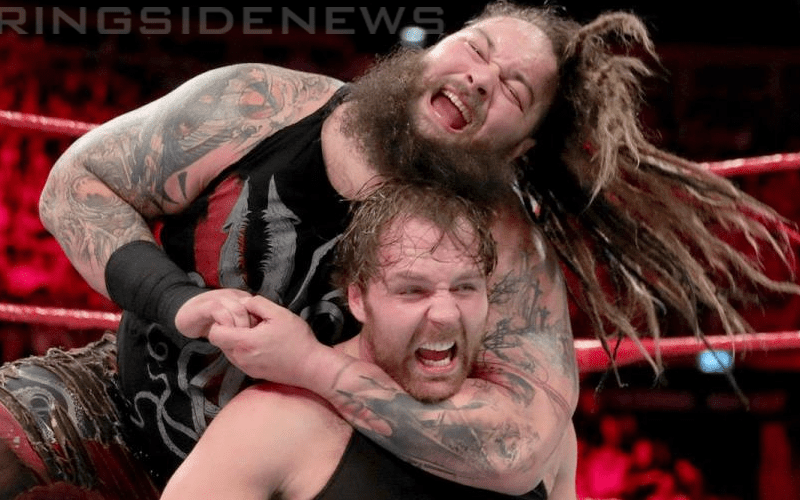 Dean Ambrose is leaving WWE and they gave him a big send-off after RAW was over this week. It’s unclear where he will wind up next, but All Elite Wrestling seems very open to having him around.

One man that Ambrose did battle with several times in WWE was Bray Wyatt. The Eater Of Worlds actually teased his own WWE return last night as an old friend took off. Wyatt later wrote a message on Instagram to sum up his feelings about Ambrose’s exit.

I’m gonna miss us trying to kill each other, more than I should.
#HatfieldsAndMccoys

Dean Ambrose leaving WWE is not a work. He wasn’t happy with the storylines so he decided to bet on himself. This bet could wind up being extremely profitable in time, but for now, the WWE Universe is still saying goodbye to the Lunatic Fringe.