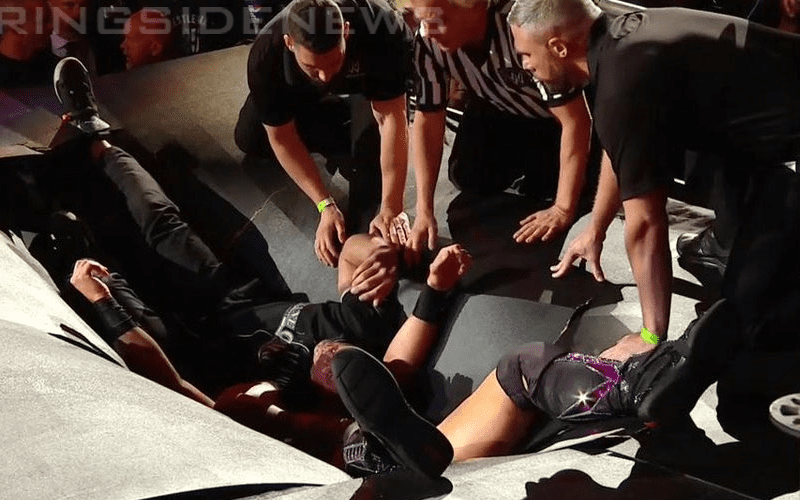 Shane McMahon and The Miz took a pretty high drop onto a crash pad covered in thin particleboard to conclude their WrestleMania match. Since The Miz was the one delivering the high spot suplex, Shane McMahon’s body was naturally on top of the A-Lister so the Best In The World got the win.

McMahon might not be going away after his Mania win over The Miz. In fact, his character might only get more boisterous about how great he is. That is certainly how it sounded when Shane McMahon reacted to his WrestleMania victory the next day.

Shane McMahon and The Miz only fell about eight or nine feet, but the camera angles they caught made it look far more dangerous. It was still a pretty impressive stunt for a 49-year-old to take, but McMahons always bring their A-Game to WrestleMania.