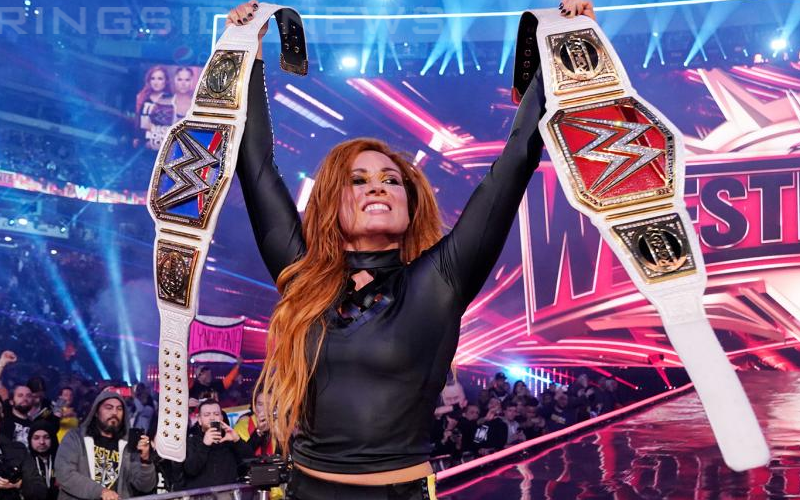 Becky Lynch won the main event of WrestleMania 35 last night and MetLife Stadium was electric watching The Man win. However, that happiness is somewhat clouded by the fact that Ronda Rousey’s shoulder was actually up during that pinfall.

While speaking to WFAN, Lynch addressed this controversy head-on. It doesn’t seem to be bothering her because Ronda Rousey can’t say much. After all, her shoulders were on the mat long enough for the referee to start counting.

“Was she disputing anything? No, what can she say? She knew I beat her. Her ma was there. She was a little upset over all the things I said about (Ronda). I was like, ‘your daughter had it coming. Now get her out of here!’”

We will have to wait and see what happens next. Ronda Rousey is reportedly leaving WWE and also has a severely broken hand so she might not be able to wrestle again anytime soon regardless.

WWE could also be planning a singular title for Becky Lynch to carry around which would be very interesting if they ended the brand split with the Women’s Division. In the meantime, Becky Lynch is enjoying her life as the double champ in WWE.