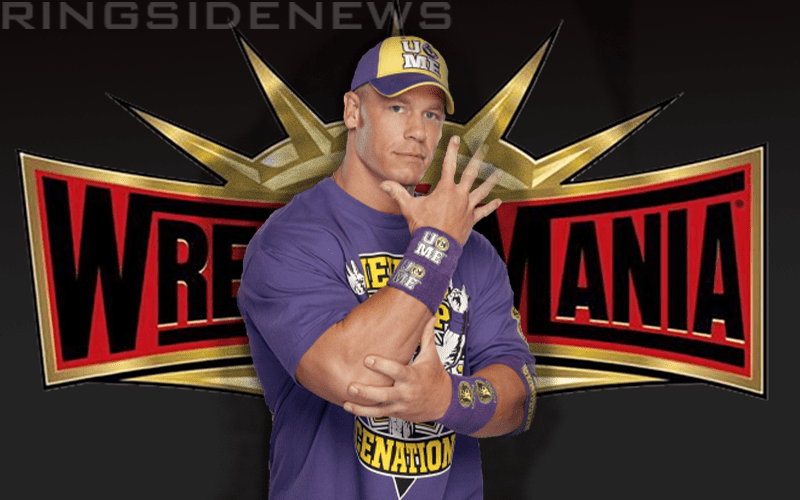 John Cena will be at WrestleMania. This is something that Kurt Angle confirmed. However, we don’t know what he will be doing yet.

Now we have a very good idea thanks to PW Insider. Because John Cena will reportedly be on hand for the Kurt Angle vs Baron Corbin match as the special guest referee.

The word backstage is that John Cena will be added to the Kurt Angle-Baron Corbin match as the guest referee.

This might mean that John Cena won’t be wrestling this year at the show of shows, but being the special referee in this match might make some fans lighten up on booing this contest because Corbin is Angle’s opponent.

The WWE Hall Of Fame grinded to a halt last night when Cena showed up. Fans chanted: “Please face Angle!” until he was able to suppress them with some of his clever public speaking skills.

John Cena will be involved in the Kurt Angle contest after all, but he won’t be actually working the match as a lot of fans would have preferred.