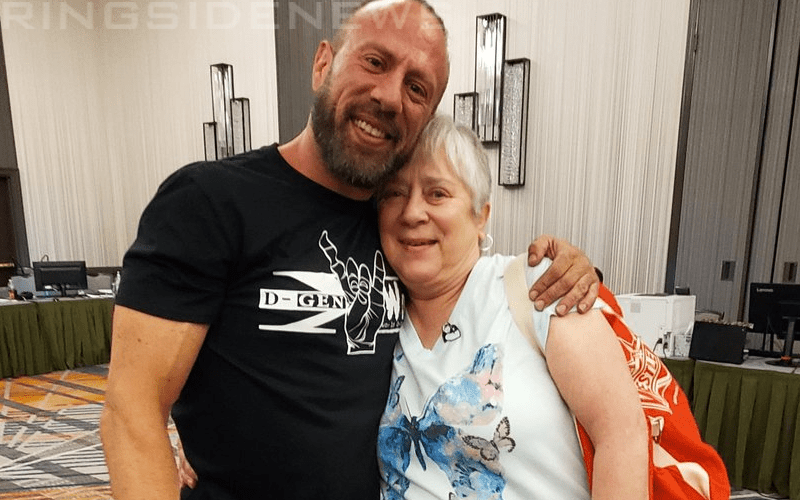 The WWE Hall Of Fame went down last night in the Barclays Center and apart from the event having terrible security, it was a pretty fun show. One highlight was D-Generation X’s induction as headliners of the class.

In between Triple H making fun of AEW for being a “piss ant” promotion, X-Pac had a great speech where he mentioned Chyna as well. The two were actually in a relationship for a while, but he wanted to see her honored in a much bigger way. He proposed a Chyna Memorial Women’s Battle Royal at WrestleMania and plenty of people had to agree.

Chyna’s mom is in the house in New York!! Here she is with Xpac!! Are you ready?!! Only a few more hours!!

So for those of you who didn’t see Chyna’s mom in attendance as they only seemed to show her sister, she was there in NYC for her daughter’s big moment.