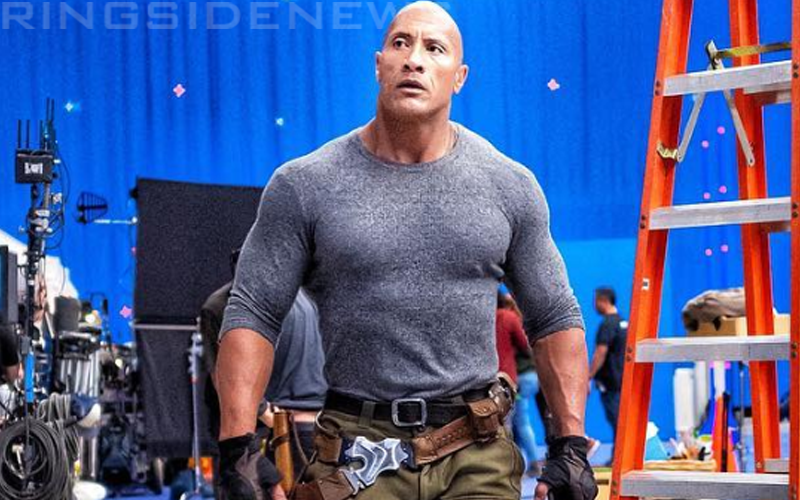 The Rock is always busy and he hasn’t been able to do much with WWE in a long time. With WrestleMania coming up soon there is always a hope that The Great One will be able to make an appearance. Now that is looking even more likely, but nothing is set in stone.

Dwayne Johnson just updated fans to let them know that they have wrapped shooting on Jumanji in Atlanta.

✌🏾out from Dr. Smolder Bravestone of JUMANJI.
That’s a wrap on our Atlanta portion of production.
A huge THANK YOU to our hard working & talented Georgia film crew. Once again, it’s been my pleasure to put in the work with all of you and look forward to our next adventure down the road.
Our production train rolls on to shoot in some pretty wild locations – the hot jungles 🌴 to the icy snow capped mountains 🏔 and to the blistering desert 🐫 dunes.
Still much work to be done, but we’re making something pretty cool & fun for our audiences around the world this Christmas.

Jumanji 2 will be out around Christmas. This Atlanta location is done, but there are still more shoots on the schedule. Now they will have to go on location.

It is also important to keep in mind that The Rock wrapped up shooting on Hobbs & Shaw right before the Royal Rumble event, but he didn’t appear at that show either. WrestleMania could be a special exception though which might provide a great chance for a cameo if they can work it out.

This is just the Atlanta portion of the Jumanji production as The Rock was careful to note. It could always give fans some hope that he will be able to make a stop by MetLife Stadium on Sunday before going to those “wild” locations.