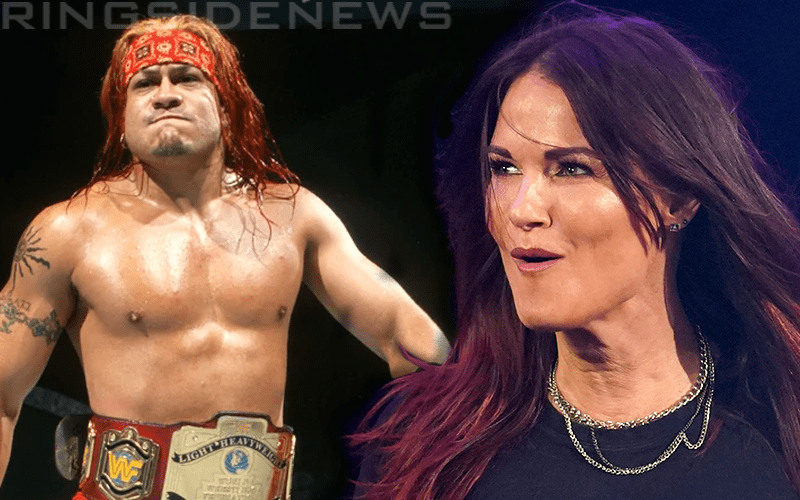 Lita first made her mark in WWE while she led Essa Rios to the ring. It didn’t take fans long to realize that Lita wasn’t your typical manager because no one else could pull off moves like her.

The WWE Hall Of Famer’s partnership with Essa Rios didn’t last long and she was soon moved over to Team Xtreme. She found a lot more success teaming with the Hardy Boyz, but fans can’t help but wonder what it would have been like if her union with Essa Rios had lasted longer.

Lita and Essa Rios recently had a chance to snap a quick pic at WrestleCon. Rios might be better known as Mr. Aguila after leaving WWE, but he hasn’t forgotten about Lita at all.

It was a pretty cool moment that thankfully, they were able to capture on camera.