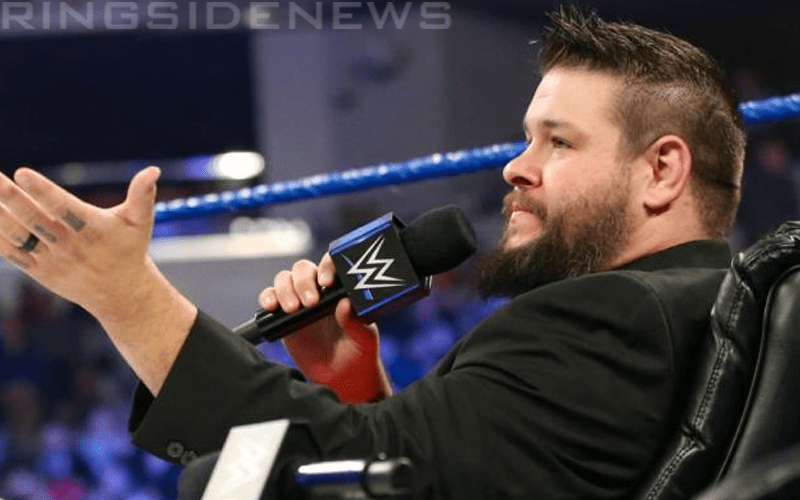 Kevin Owens is currently not booked for a WrestleMania match. He seems to be okay with that even though it is disappointing. So Owens bought some rollerblades yesterday and he plans to be the guy driving around MetLife Stadium on Sunday in a golf cart swearing at everybody.

If you’re in line to see KO at Axxess this morning, he’s going to be late. The former WWE Universal Champion sent out notice to fans that the driver WWE hired to pick him up apparently thought he was going to MetLife Stadium instead. So he might be a while getting there.

It’s a driver that was hired by WWE by the way.

So, at first, when he realized we were going the wrong way, he turned around and said we were supposed to be there at 10:05. Now it’s 10:30. We are nowhere near this place. I wouldn’t hold my breath on me being there before 11, honestly.

It’s unclear why the driver thought KO was supposed to go to MetLife Stadium. Possibly he thought WrestleMania was tonight? Either way, it was nice of Kevin Owens to update fans to let them know that he is going to be late. He also wanted to make sure they knew that it wasn’t his fault.