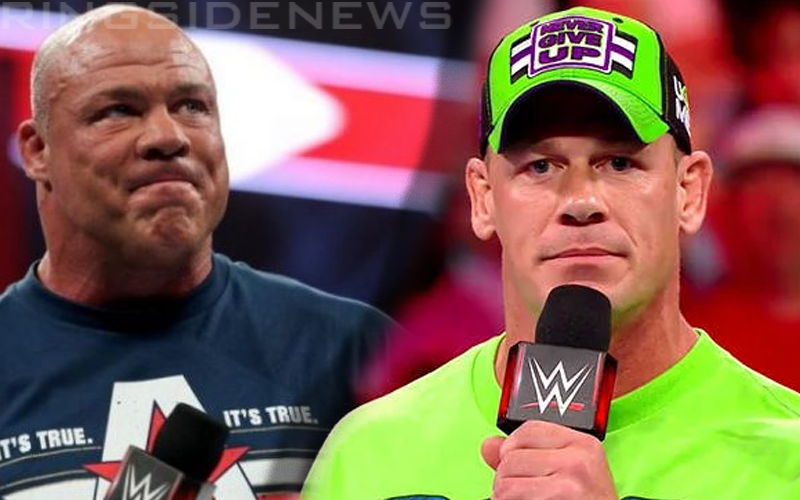 Kurt Angle is wrestling his farewell match at WrestleMania. His opponent will be Baron Corbin and that is not what the fans wanted at all. However, that is what is going to happen.

While speaking to Chris Van Vliet, John Cena had to admit that an Angle match would have been great at WrestleMania. It would have told a story that makes sense, but in the end, he had no control over what happens.

“That is beyond my control. My response to that is control the controllable. Everyone always asks me ‘What do you want to do for WrestleMania?’ or ‘What’s your dream opponent?’ and I have never ever gone about our business that way.”

“I do what is asked of when and then when I get what is told of me what I have to do, I try to make it super special. So in the fantasy match making world, all of that stuff with Kurt Angle is a good conversation. I’m glad to be in that conversation because that means a lot to me, that means people remember that first match and it would be a nice cycle of life. It seems to make sense but I trust in the grand plan and I trust in the process and I will do what I am told.”

Cena’s dedication to make his WrestleMania moment as special as it can be shows what kind of a locker room leader he still is. Although he might have preferred to face Kurt Angle, Vince McMahon obviously has other plans. Therefore, he is going to do whatever McMahon asks of him at the show of shows instead.