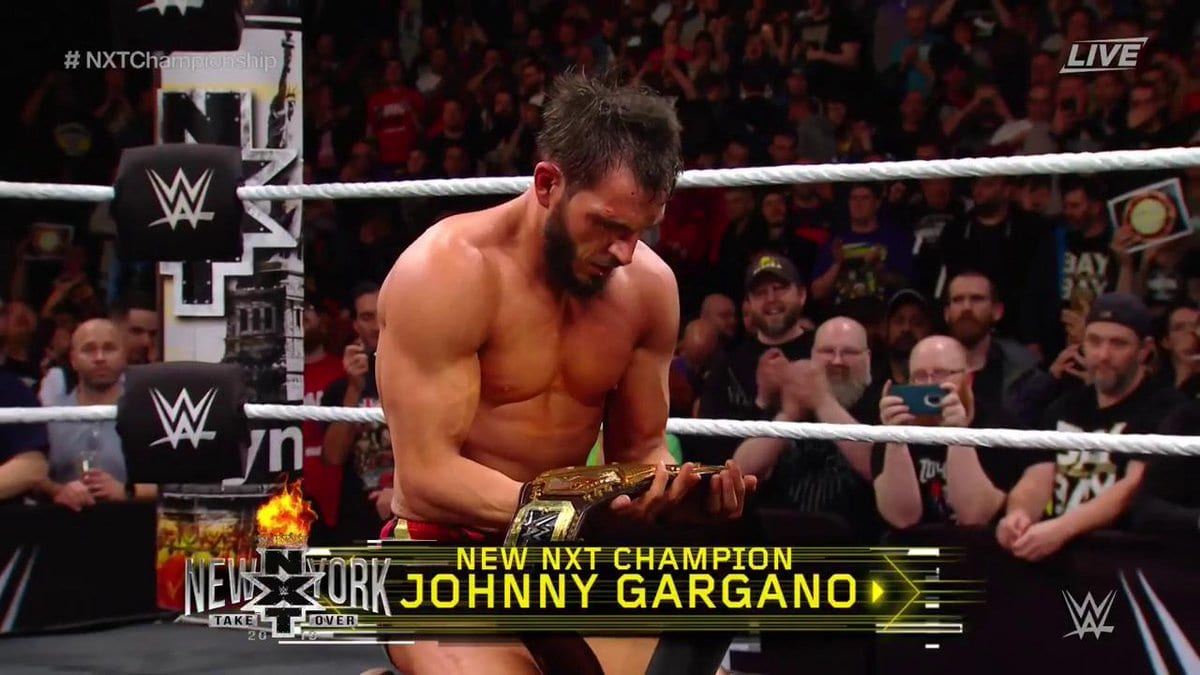 NXT TakeOver: New York was capped off with a huge match that experienced an even bigger change along the way. Tommaso Ciampa was supposed to face Johnny Gargano in an NXT Title match, but Adam Cole had to take Ciampa’s place after a neck injury. Gargano and Cole would battle in a 2 out of 3 falls match for the now-vacant title instead.

If you want the entire play-by-play results of the whole NXT TakeOver: New York event, you can click here.

Adam Cole scored the first pinfall after hitting a Last Shot on Gargano. Then it was sudden death for Johnny Wrestling. They carried on and Johnny locked on the Gargano Escape leaving Cole to tap out right away. There was no fighting the Gargano Escape so this match went into a third fall.

Finally, after an insane battle Johnny Gargano made Adam Cole tap out to the Gargano Escape again. Not only is this an amazing victory for Johnny Wrestling, but he is now the first-ever triple crown winner in NXT history.