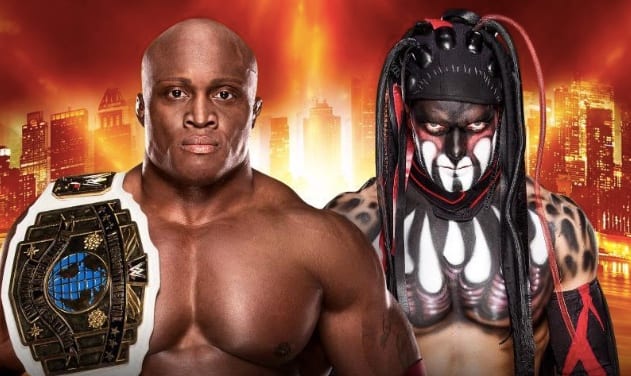 As seen on Sky Bet, the betting odds for Bobby Lashley vs Finn Balor at WrestleMania 35 have been released.

The big appeal of this Intercontinental Championship showdown revolves around the appearance of The Demon, aka Finn Balor’s alter-ego. We’ve already seen this match-up quite a few times over the course of the last few months, but the addition of The Demon will at least add an extra spice into proceedings.

Lashley doesn’t seem to get the credit he deserves for his run as a heel alongside Lio Rush, but perhaps if he is able to put on a great show against Finn this Sunday, fans will start to alter their perspective on things.

The betting odds suggest that Balor is indeed the favourite to walk away with the IC Title at 1/7. Lashley is currently the 4/1 underdog, which many fans aren’t all too surprised by considering just how unstoppable The Demon is perceived to be.

The dynamic between these two men from an in ring perspective is certainly intriguing, and if they’re given enough time to shine, they could have a really fun match on the grandest stage of them all. However, given the time constraints, we wouldn’t be at all surprised if Lashley gets squashed within a minute or two.

Balor having a long and successful run as Intercontinental Champion would certainly be interesting to see, but it’s definitely not a guarantee given the nature of the title and how ‘hot potato’ like it has become in the last few years.