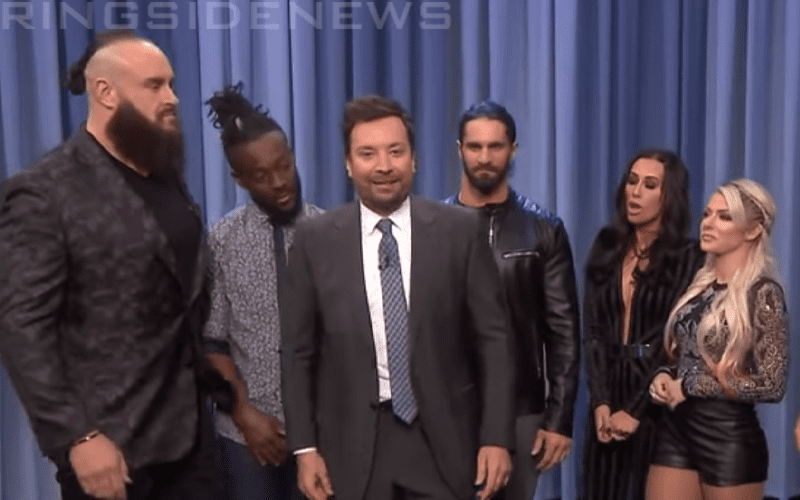 WWE Superstars are going to show up in even more places in the next few days because WrestleMania is coming up very soon. New York and New Jersey provides them with a huge audience to promote for as well and a few top WWE Superstars showed up at The Tonight Show last night to keep the promotion machine going.

Jimmy Fallon is a big fan of WWE and he wondered if WWE Superstars could make children’s trash talk intimidating. These insults were all supposedly written by actual children for WWE Superstars to read.

Braun Strowman pulled off a pretty great knock-knock joke inspired threat. Then Carmella came out to call someone a noodle. Drew McIntyre was also there to say that someone was going to be “pooping toes for a week.”

This continued with Alexa Bliss saying she was going to take someone’s lunch box. Kofi Kingston celebrated KofiMania early by saying someone looked like a potato and a chicken nugget had a baby. Seth Rollins capped things off to say that “your butt is your face and your face is your butt.”

You can check out the entire appearance below. It was a pretty great way to kick the hype machine into high gear. We just wonder if WWE writers might start taking pointers from children now because those insults went over pretty well with the Tonight Show live crowd.