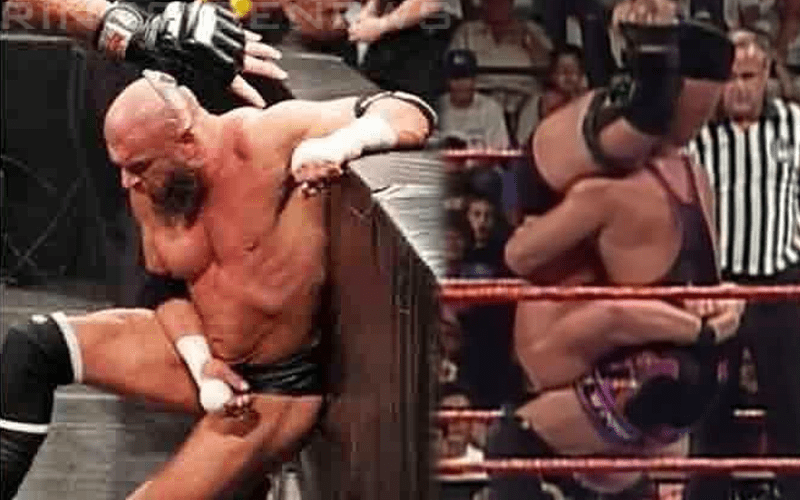 WWE Superstars can go though a lot of damage in the ring and a real sports surgeon named Dr. Chris recently broke some of the most famous injuries in WWE history down. He admitted that he hasn’t watched wrestling in a long time, but he nailed pretty much every diagnosis by simply watching.

He broke down everything from Joey Mercury’s famous exploding face spot thanks to a ladder to Steve Austin breaking his neck thanks to Owen Hart. All in all, it was not only a well-researched video but he covered some pretty recent injuries too such as Triple H’s Crown Jewel pectoral injury.

In a very interesting note, he didn’t seem to indicate that Triple H’s torn pec should be anything he needs to be wrestling with this soon either. That won’t stop The Game from getting in the ring this Sunday at WrestleMania against Batista.

Other famous injuries such as Shawn Michaels’ casket bump and Sid’s botched top rope big boot were featured as well. Triple H and Mick Foley were actually featured in this list twice each.

Dr. Chris did a fantastic job talking about these injuries and what it takes to fix them. It is an incredibly informative video that we highly recommend. If anything, it will put things into perspective to see exactly what these WWE Superstars went through for our entertainment.