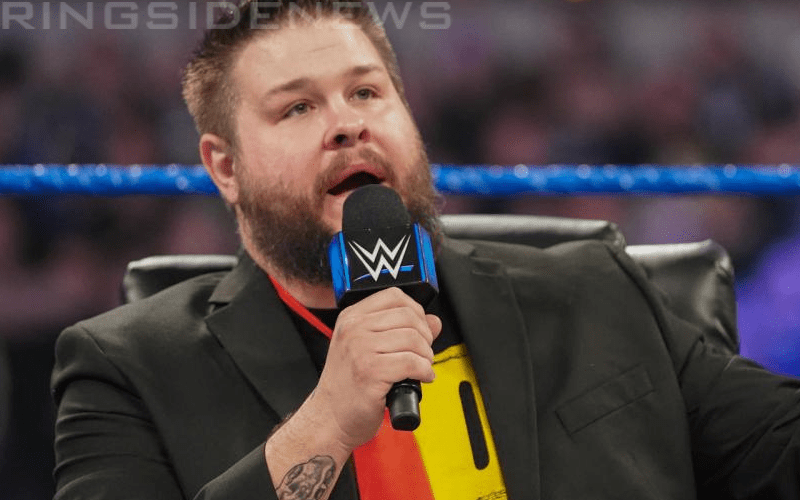 Kevin Owens was supposed to be in the WWE Title match at WrestleMania. However, he was brought back early to provide another hurdle for Kofi Kingston to leap over on his way to KofiMania. All of that is great for Kofi, but Owens came back early without a Mania storyline.

We can only hope that WWE has something planned for KO. It didn’t stop him from venting a little bit on Twitter. It is driving him crazy and that’s totally understandable.

Full disclosure, not being on Mania is gradually driving me more and more crazy as the show gets closer so my session at Axxess on Saturday should be a real blast!

Kevin Owens will be at Axxess on Saturday, but at least he isn’t stuck signing autographs on the morning of the show of shows.

If Vince McMahon comes out to put him in the Kofi vs Bryan WWE Title match that might very well fit the current trend, but hopefully, Kevin Owens will have something to do in MetLife Stadium.