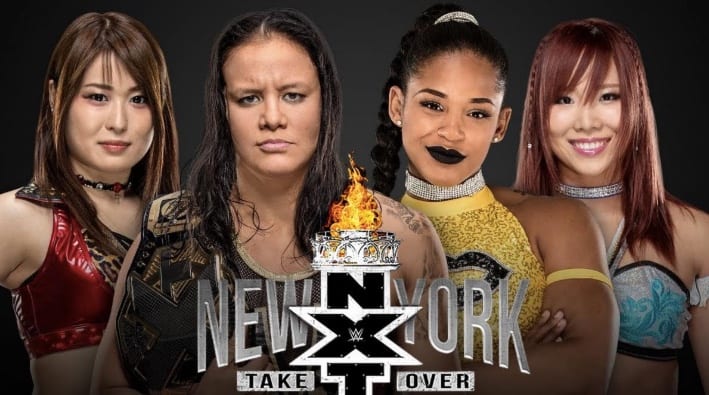 As seen on Sky Bet, the betting odds for the NXT Women’s Championship match at TakeOver: New York tomorrow have been released.

It’s not exactly a secret that TakeOver events tend to steal the show whenever it goes down alongside a main roster event, and that threatens to be the case once again here. All five matches are set to be barnburners in New York, with the Women’s Championship bout also having a lot of potential.

Shayna Baszler, who has been on fire ever since coming to WWE, will be defending her strap against Bianca Belair, Io Shirai and Kairi Sane as she attempts to keep her fantastic title run alive and well.

The current favourite to walk out of NYC with the championship is Belair, who is the 11/10 betting favourite. Shirai and Baszler are up next with odds of 3/1 each, whereas the rank outsider right now is Sane at 7/1 – who many have tipped to go to the main roster once this match is over and done with.

If Shayna does end up losing the title then there’s a good chance she could be elevated up to the main roster. If that winds up being the case then it only makes sense for her to join up, or align in some way, with Ronda Rousey who is also a part of the Four Horsewomen MMA stable.

The Women’s Championship is going to be in good hands regardless of who wins the belt this weekend, with a lot of fans backing Belair to finally reach the mountain top.