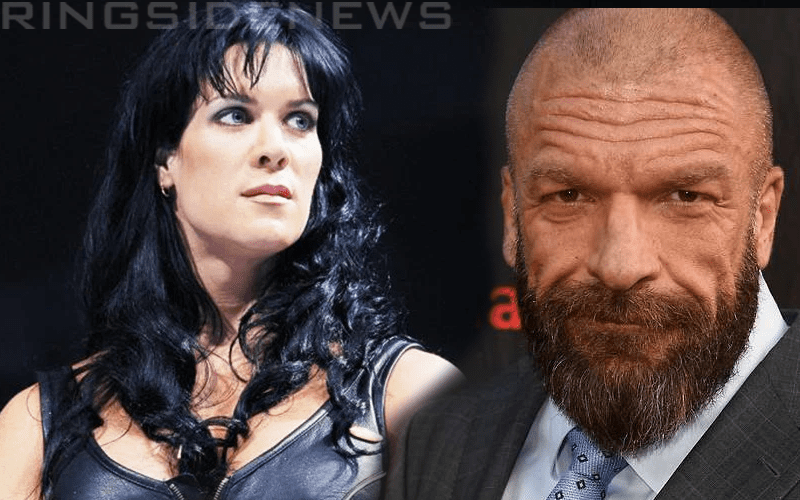 Chyna is one of the members of D-Generation X being inducted into the WWE Hall Of Fame this Saturday. It will be a big moment for her fans and mean even more to her mother, but it would also be wonderful if Chyna was still around receive this honor herself.

Triple H is apparently still hopeful that the 9th Wonder Of The World will receive her own individual induction eventually. While speaking to State of Combat, The Game revealed that the door isn’t closed at all for Joanie Laurer. In fact, he insisted that she receive an induction alongside DX.

“It’s awesome. I’m thrilled for her as the human being that I knew, for her family and for her sister, who I knew. There is probably not a woman who has ever made as big of an impact as she did. Somebody that transcended the business on her own and I’m sure will be in the Hall of Fame sometime on her own. I think it’s fitting she is in there with DX in the beginning because it’s how she started, and I think it’s what it should be.”

“I’m thrilled that it’s this year, partly because finally the time has passed where everything can just happen and it can be right for her where the moment of putting her in the Hall of Fame for this manner is about her accomplishments and not about anything else. That was always my bigger point of this. You can’t do it when [the negative] becomes the conversation. The conversation needs to be about her accomplishments and what she did here.”

It looks like Chyna’s previously burned bridge with WWE is now being repaired. She could be very well popping up in other respects now as is the custom with some Hall Of Famers. It will be a great tribute to her memory and we lost her far too soon.