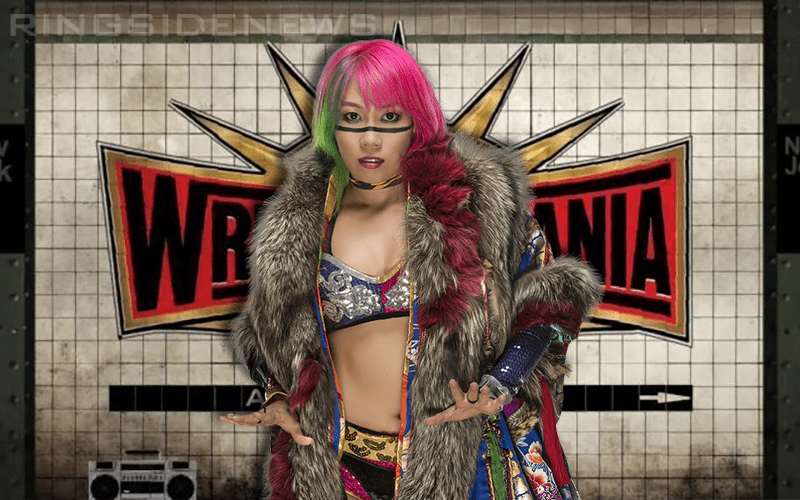 WrestleMania is so close that some fans have already started their journey to NY/NJ. If you’re reading this on the road, let’s hope you’re not driving. WWE had to change many things up for the show of shows and one of those decisions was obviously the SmackDown Women’s Title match.

Lacey Evans made a big return to RAW this week as she waved hello and then promptly left during a tag team match. At least she made an appearance. However, she was initially supposed to do way more than that.

Dave Meltzer noted on Wrestling Observer Radio that Evans has a very good chance of winning the WrestleMania Women’s Battle Royal. This is something we already exclusively reported.

He continued saying that Evans was originally slated for a much more high profile match that would have been a huge addition to her career so early on in her main roster tenure.

“Look, she was supposed to be in that championship match against Asuka and probably was gonna win it.”

If you thought that Asuka fans were upset about her losing the title to Charlotte Flair then it would have been nothing compared to the Lady Of WWE snatching the gold from the Empress Of Tomorrow at WrestleMania.

Plans change and that has become a running joke with WWE fans. So Lacey Evans is now in a much different spot at WrestleMania.

She will have some tough competition in the WrestleMania Women’s Battle Royal, but it wouldn’t be surprising to see Evans get some kind of WrestleMania moment in MetLife Stadium.