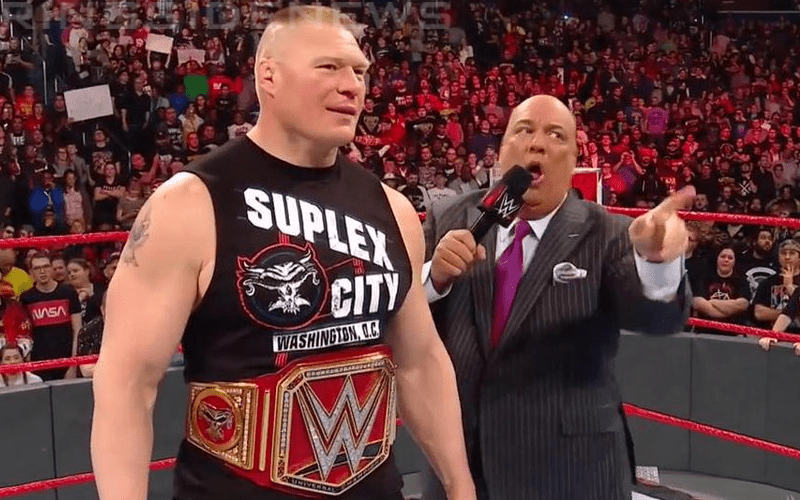 Brock Lesnar and Paul Heyman came out this week on RAW to issue a spoiler for WrestleMania. The plan is to defeat Seth Rollins at WrestleMania where The Beast Incarnate will rack up another Mania win. Then Seth Rollins came down and got some great momentum as he laid Brock out with a series of moves followed by his famous Stomp.

This segment got the Washington DC crowd going, but as Dave Meltzer explained on Wrestling Observer Radio that is not the way it was initially planned to go down.

“I’ll tell you what, that segment was originally written to go the other way and it was like right before the show started they switched it and it was Vince’s call and it was the right call.”

“I was shocked when I heard that because it’s like, ‘Come on’ when you have a challenger when everyone thinks is gonna blow past the champion you can get heat on him if it’s a babyface because the fans are behind him. When you have a situation where the fans don’t believe a babyface is gonna win necessarily you’ve gotta sell them on the idea that he can and Seth already had that one segment where he took all those F5s and he’s never had a segment where he came back on Brock this whole build so he needed this.”

It really did work out in a very good way to let Seth Rollins go over Brock Lesnar in this segment. It gives fans something to hope for at the show of shows. However, we will just have to wait and see if there will be a repeat at WrestleMania.