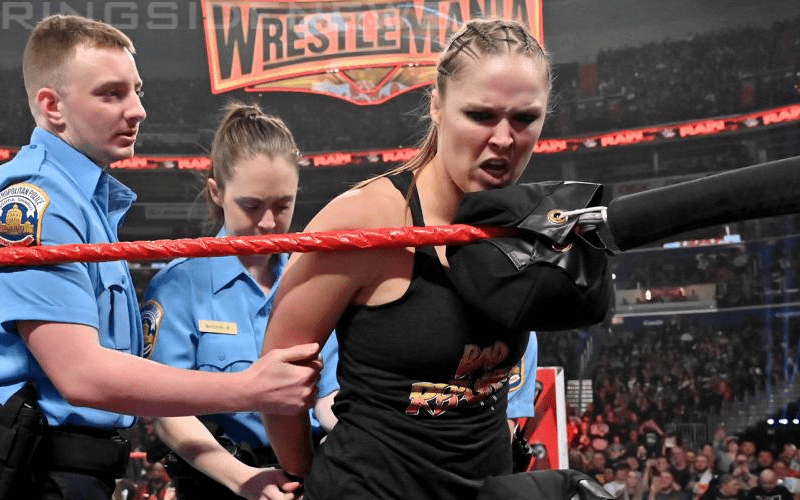 Ronda Rousey was arrested on RAW this week, but she wasn’t the only one who got cuffed and put in a police cruiser. Becky Lynch and Charlotte Flair were arrested as well and driven off to get booked at a Washington DC police station.

The Man has been arrested before and even merchandised her previous mugshot. Now it looks like she will have another one to add to her collection.

Rousey hasn’t been arrested during a WWE storyline yet so this was a pretty big deal for her. This is why she was more than happy to release a picture of her mugshot, but she couldn’t help but throw a little jab at The Man in the process.

“Just got out of jail, and all I got was this same lame mugshot Becky Lynch got from Atlanta.”

It might look like a mugshot that was simply taken backstage at RAW, but maybe that was the intention. All three women are now free with court dates arranged to appear and answer for their crimes. Let’s just see if they throw the book at the women in the WrestleMania main event.