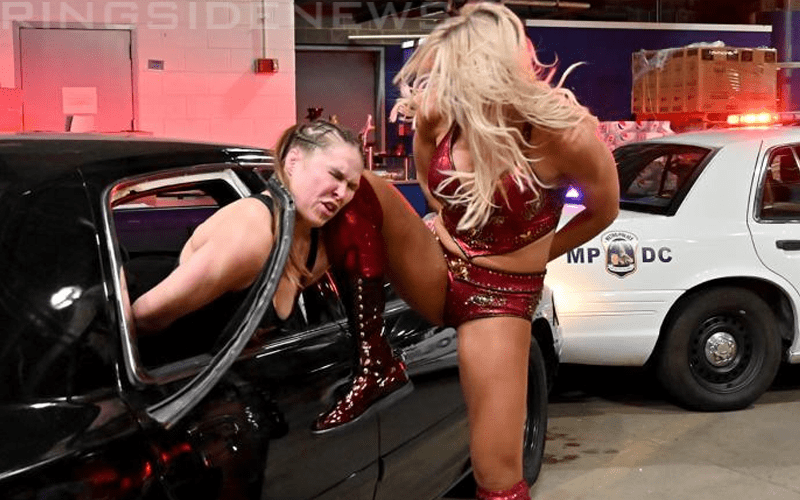 WWE’s go-home RAW before WrestleMania was highlighted by an angle where all three women in the main event at the show of shows ended up arrested. This melee happened pretty early in the broadcast which gave WWE plenty of time to update fans on their status following their arrest and booking.

Dave Meltzer explained during Wrestling Observer Radio why WWE decided to book this angle so early on in the show.

This decision was especially interesting considering the fact that they booked Rey Mysterio vs Baron Corbin in a main event that few fans seemed to have any interest in.

“The women had their segment and the women tore the house down. Well, they wanted to spend an hour telling you that they’re at the police station and all that. I got that and I think that segment is something you really don’t want in the third hour because it’s like you wanna make sure everyone’s watching that.”

The segment might be panned by some harder-to-please fans. However, it certainly seemed to pique a lot of people’s interest in the IWC.

If anything, Charlotte Flair had an opportunity to lay a running knee right to the side of Ronda Rousey’s head after The Baddest Woman On The Planet kicked out the back window of a police cruiser. That was a highlight they need to keep playing for a long time to come.