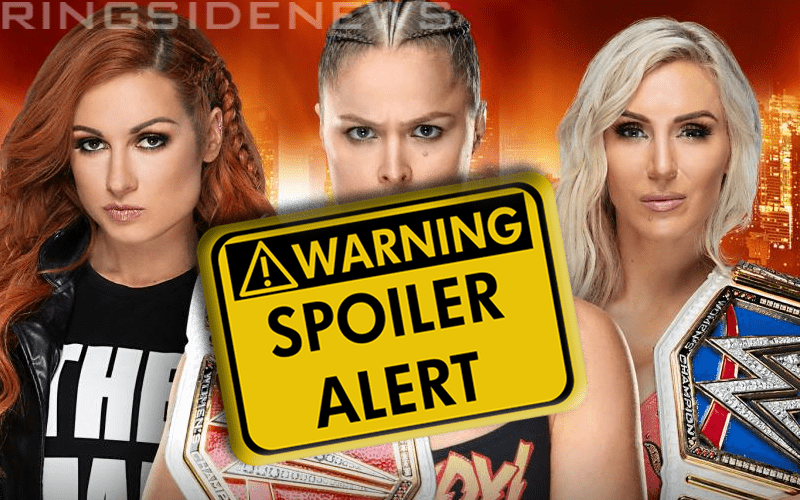 Ronda Rousey, Charlotte Flair, and Becky Lynch are set to battle at WrestleMania with everything on the line. The winner of their main event match will leave MetLife Stadium with both WWE Women’s Titles which could set up a very interesting set of stories down the line for a double champion.

Dave Meltzer provided a spoiler of sorts when he broke down the WrestleMania main event during Wrestling Observer Radio. It looks like the top babyface going into this match is earmarked to win. However, WWE’s plan has been to give Becky Lynch a push out of this historic match for months. Because she is the chosen one now.

“The idea is to make this the biggest Women’s Title match of all time with everything at stake and the person that everyone wants to see win is gonna win and she the chosen one. She is the one that they picked. I mean maybe not last year, but it’s been that way for months. I think some people do know that, but it just amazes me that people can watch this TV and not see it.”

WrestleMania 35 could be a night that makes fans very happy. Of course, WWE has ended WrestleMania with plenty of heat-seeking moments and head-scratchers in the past, but it’s very likely that staying up through the entire historically long pay-per-view will be more than worth it for fans of The Man.