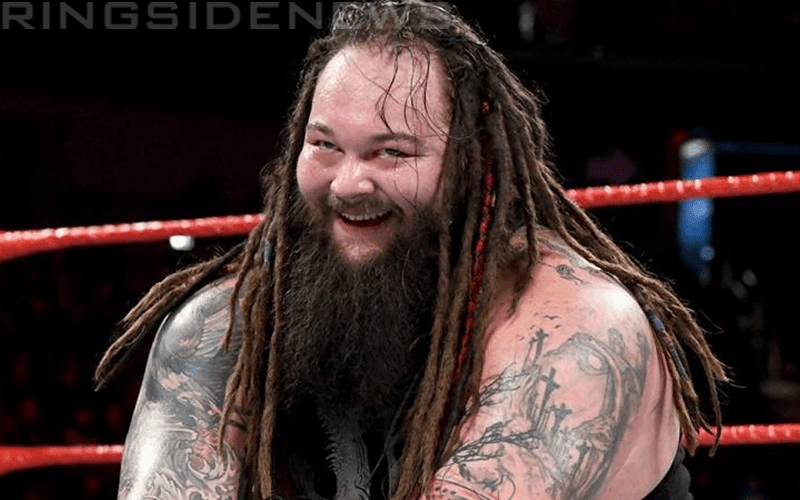 Bray Wyatt has been off television for far too long. It was said that he was nursing some kind of injuries at first and then the story seemed to shift into The Eater Of Worlds being on a creative hiatus. Fans are still waiting anxiously for his return.

It was revealed last week that JoJo Offerman is pregnant and the couple’s first son Knash is expected in June. WWE didn’t acknowledge Bray Wyatt is the father of JoJo’s baby, but that is the case.

Since Wyatt’s son is due in June and has a great name already picked out for him, it’s likely that WWE was giving him the time off in order to get that personal situation taken care of.

PW Insider reports that Bray Wyatt is in town for WrestleMania. There is no word on who he will be facing if he even shows up at the event, but Mike Johnson remarked on PW Insider elite audio that Wyatt would certainly be a better farewell opponent for Kurt Angle than Baron Corbin.