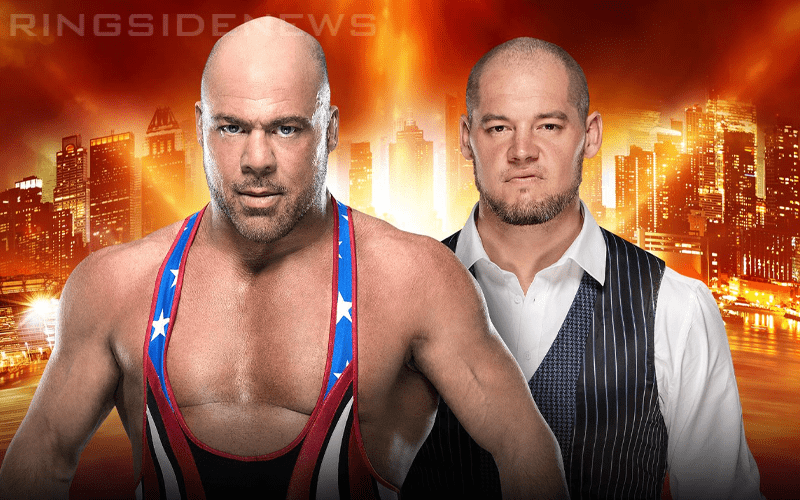 Baron Corbin is facing Kurt Angle at WrestleMania in what will be The Olympic Hero’s farewell match. A lot of people didn’t want to see The Lone Wolf in that spot, but that is what WWE is doing.

Vince McMahon still sees something in Baron Corbin and the amount of heat that he garners is really impressive. It might not be the kind of heat Superstars want, but as long as fans are buying tickets to boo Corbin then it’s all working according to plan.

Baron Corbin sent out a pretty biting tweet at Kurt Angle while mocking him for his impending retirement. “Enjoy your last week because after next Sunday it’s Murder she wrote, puzzles and Tapioca pudding.” It looks like Corbin doesn’t plan on taking it easy on Angle at all.

Only time will tell if Kurt Angle ends his in-ring career looking at the lights, but Baron Corbin doesn’t seem too keen on going easy on the WWE Hall Of Famer.